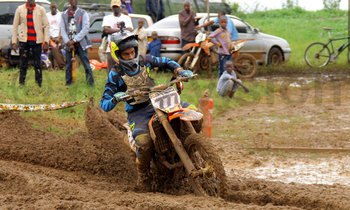 National motocross champion Maxime Van Pee will compete in both the Kenya and Uganda championships next year.

Van Pee on Wednesday told New Vision the move is meant to help him improve on the standard of riding as he pursues a professional career.

"Yes here there is little competition but hopefully next year I may compete in both the Kenya and Uganda championships if the calendar is given enough space" he said.

Van Pee who won the National Motocross Championship this year is targeting winning the Enduro National Championship next weekend at FIDUGA farm and the FIM Central Africa Championship in Nairobi in December.