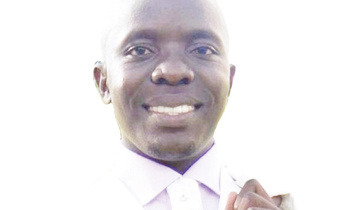 Ugandans living in Pakistan and friends of Uganda in Pakistan will, for the first time, join their counterparts in Uganda and across the globe to celebrate the 54th National Independence Day Anniversary.

The celebration of Uganda's Independence is the first of kind in Pakistan and it will go a long way to revive and promote the relationship between the two countries which flourished in the 70s.

The celebrations will take place on October 9, 2016 at the offices of the consulate located at 1km Defence Road, off Raiwind Road, Lahore. Lahore, the historical and cultural city of Pakistan is where Uganda's first private sector University, the Islamic University in Uganda (IUIU) was born during the Second Islamic Summit Conference held from February 22-24, 1974 in Lahore.

The Minister of State for Foreign Affairs (International Affairs) Henry Okello Oryem will preside over the ceremony. The minister will also commission the new offices for the consulate. as well as paying courtesy calls on his counterpart Ministry of Foreign Affairs in Islamabad and the Chief Minister of Punjab Hon. Shabaz Sharif.

The ceremony is organised in collaboration with the Uganda Embassy in Tehran, Iran with the theme of     "Promoting commercial diplomacy". in respect to the theme, special attention has been given to promoting Uganda's Tea, Coffee and Tourism as the flagship products from Uganda which, if strategically marketed can attract a vast and robust market of over 200 million people.

The Uganda Consulate in Lahore is headed by Prof. Awais Raoof, an educationist and a philanthropist who owns one of the leading private sector universities in Pakistan; The University of Lahore among other businesses. The one year old consulate has promoted trade, investment and tourism between Uganda and Pakistan by organising trade visits between Pakistan and Uganda businessmen and women.

The Consulate is mandated to carry out a number of functions under the supervision of the Uganda Embassy in Tehran, Iran. These functions include;

1-  Promotion and protection of Uganda's interests in Pakistan which include among others; Promotion of Trade, Tourism and Investment.

2-  Promotion and improvement of relations between Uganda and Pakistan.

3-  Protection of the Welfare and Interests of Ugandans living or working in Pakistan,

5-  Sourcing of training opportunities in Pakistan and other friendly countries,

5-  Emulate and benchmark the success registered by Pakistan by organising study tours on a Government to Government level.

According to the Consulate Public Relations Manager, Lukooya Shaban, the one year old consulate has achieved a lot in so short a time. A number of delegations of Pakistan investors and businessmen have visited Uganda on fact finding mission and interest has been created for harnessing investment opportunities available in Uganda. The consulate seeks to upgrade the Pakistan Uganda business portfolio from trade to investment especially in Agriculture, Health, Education and appropriate Technology Transfer.

Pakistan has made strides in agricultural research and development. It is known for high quality rice production, fruit farming and spices despite the fact that the country receives less rainfall compared to Uganda. The consulate has so far established links with Pakistan Agricultural Research Centre (PARC - a national agricultural research centre) and plans are underway to sign a memorandum of understanding between the Government of Uganda and that of Pakistan to kick start collaboration arrangement in agriculture especially in sharing information on seed improvement, agro processing and marketing, irrigation among others.

The consulate also is seeking to promote Uganda's beautiful fauna and flora to the Pakistan's expanding middle class. Since its inception, the consulate has facilitated over 200 tour delegations from Pakistan which have made rounds to Uganda.

The writer is the co-ordinator International Affairs  at the Office of Student Affairs, UNIVERSITY OF LAHORE