Msgr. Kalumba said that the entire project of making alterations and extensions to Christ the King Church will consume about sh9b. He said they already have 78% of the money. 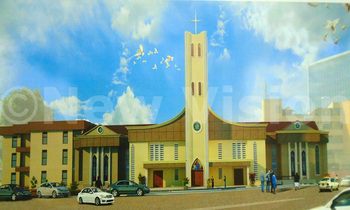 The parish priest of Christ the King Church, Kampala, Msgr. Gerald Kalumba has released the arrangement for the renovation of the Church. In an interview with the New Vision, Kalumba said that the renovation/extension works on the Church will begin on November 1.

"By November 1 we shall have vacated the presbytery and also handed over the premises to Seyani brothers and company Uganda limited. Construction will be completed in 78 weeks.

This news was broken by the parish-priest, the Rt. Rev. Msgr. Gerald Kalumba, during an interview with New Vision on Thursday. We have rented a house adjacent the church. We shall stay there till the renovation work is finished."

Msgr. Kalumba said that the entire project of making alterations and extensions to Christ the King Church will consume about sh9b. He said they already have 78% of the money. 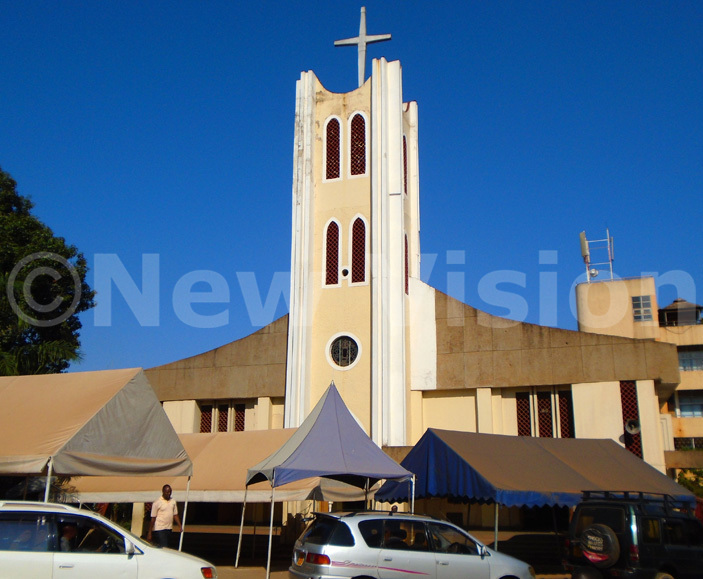 The old Christ the King Church

"We have about sh7bn on our account. We still need about sh2bn."

Kalumba said the construction of the church will be done in two phases. "The builders will partition the Church into two. As they work on one side, we shall be using the other side for masses and other Church activities."

Kalumba declared October 2-9 as a special fundraising week for the Church's renovation. 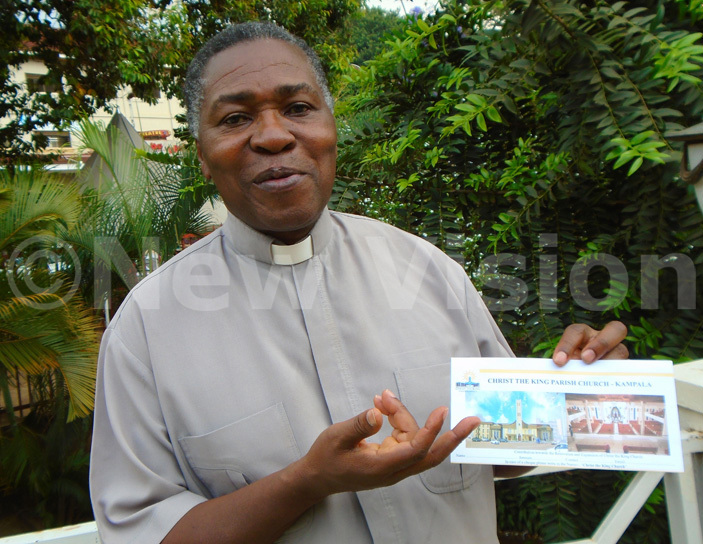 Monsignor Gerald Kalumba displays one of the fundraising envelopes that the Christians will use.

"In all the Sunday masses on October 2, we shall have a second collection. There will also be a second collection in all the masses of the week-days. We have also printed envelopes, in which Christians and friends of the parish will put their donations. The envelopes will be returned to the parish office. The Christians are also advised to slot the envelopes into the offertory bags."

Msgr. Kalumba further invited Catholics and all Ugandans of good will to attend the public fundraising function, which will take place at Christ the King Church's Cardinal Wamala Hall on Thursday, October 6, starting at 6:00pm.

Genesis of the Church's renovation campaign

The campaign to renovate and make extensions on Christ the King Church, Kampala began about 4 years ago. The old church, which sits about 600 Christians, had become too small for the ever increasing congregation. Architect Henry Ssentoogo designed a new church, which sits 1,600 Christians. KCCA nonetheless was reluctant to approve the plan, because it lacked the provision for parking. 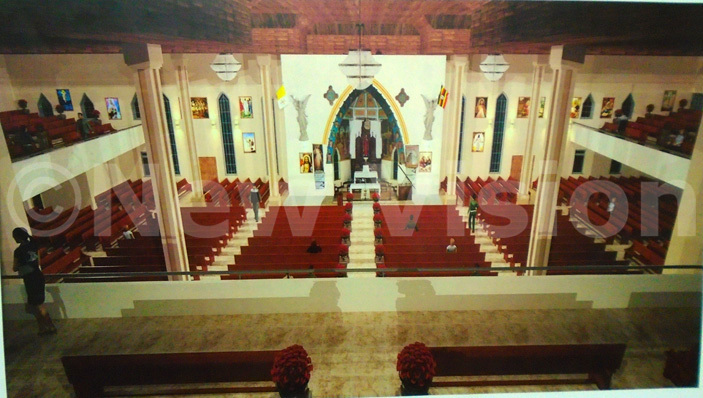 Towards the close of last year, KCCA finally approved Christ the King church's new plan, after the church got a partner, who offered to let his parking yard be used by the Christians during mass.

Christ the King Church, Kampala, located on Plot 14, Colville Street, was established by the Mill Hill Fathers, in 1930. It was initially built for the Goan Indians, who had come here to construct the Uganda Railway.

The parish, which today is under the jurisdiction of the Metropolitan Archdiocese of Kampala, is evidently the most dynamic and most popular church in the country.