Cecafa women: Kenya, Tanzania to face off in final 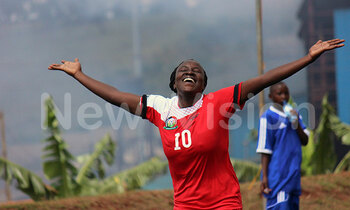 Kenya will play Tanzania in next week's final of the Cecafa Women's Championship at the FUFA Technical Centre in Njeru.

Seen as the favorites in the competition, the Kenyans beat Ethiopia 3-2 in Sunday's first semi-final before Tanzania defeated hosts Uganda 4-1.

Kenya trailed in the first half but came back to overcome their opponents.

Alosa Abera scored a brace for Ethiopia while Okoth Nedy Atieno did the same for Kenya, on top of Omondi Carolyne Anyango's goal. 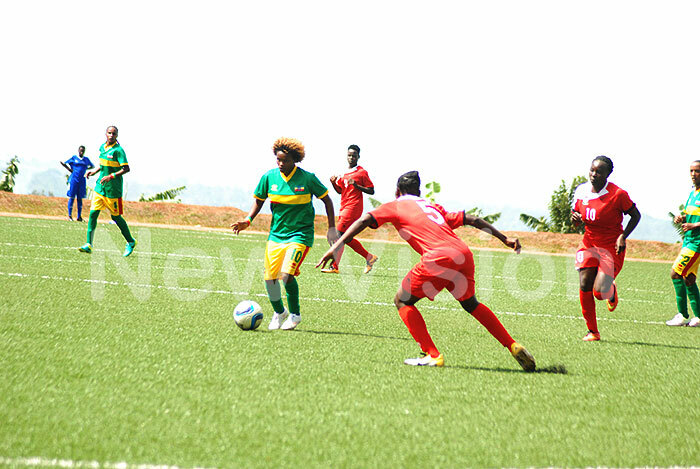 Ethiopia made several attacks but were kept out by a solid Kenyan defence. But for the first time in this tournament, the Kenyan net was shaken when Abera peeled away from her minder to give Ethiopia the lead with her tournament's third goal.

The sides returned after the interval with thrilling display of counter-attacking football.

Kenya found the equalizer at the 51st minute through a brilliant Okoth strike. And it did not take long for her to find the net again to give Kenya the lead for the first time in the game.

It was a hot afternoon and play was briefly stopped for a water break. Seven minutes after resumption of action, Omondi nodded home Kenya's third before Abera struck again to offer respite for the Ethiopians.

But Kenya held on to secure a place in the final. 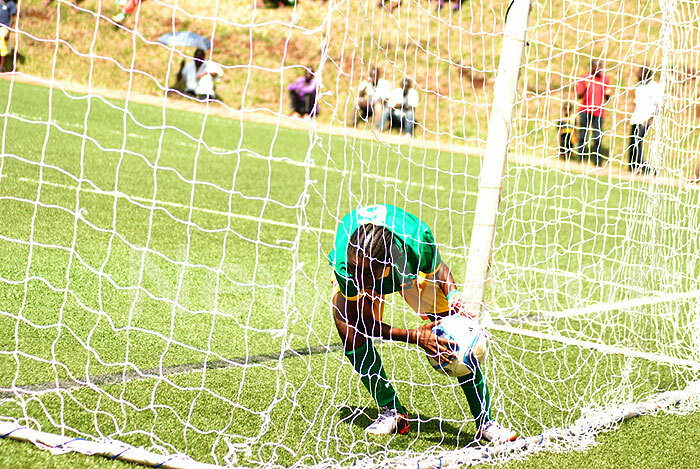 After scoring Ethiopia's second goal, Abera made sure not to waste any time by collecting the ball herself to carry back to the centre. (Credit: Fred Kyambadde) 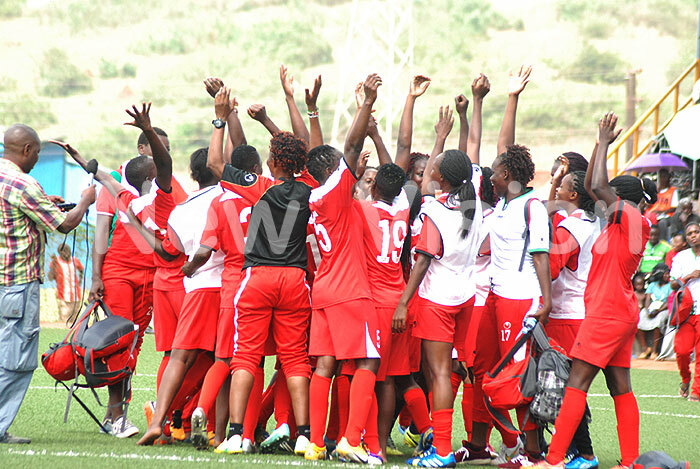 The Kenyans are seen as the favorites to win the tournament. (Credit: Fred Kyambadde)

Later, Uganda suffered a huge defeat at the hands of Tanzania, costing them a slot in the final.

Hasifa Nassuna scored a consolation goal for the hosts in the final minute of normal time in a semi-final largely dominated by Tanzania.

It was Nassuna's fifth goal of the tournament, making her joint-topscorer with Kenya's Mbeyu Akida. 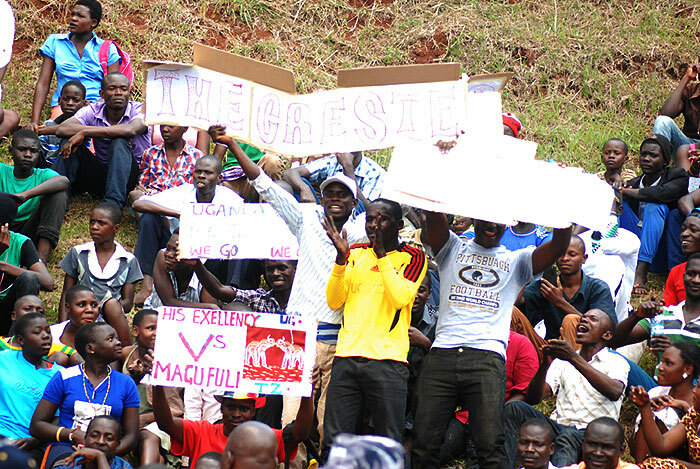 Ugandan coach Majidah Nantanda was grateful for her team's efforts and spirit throughout the tournament, but emphasized that more work needs to be done.

"Our players lacked experience but if we are supported we can be a better team. We need to work on the psychology of the players. They fear playing big teams like Kenya, Tanzania and Ethiopia."

Uganda will play Ethiopia in the third-place game on Tuesday.