The flagship devices with boosted memory capacity will be sold at roughly the same price as the models they replace. 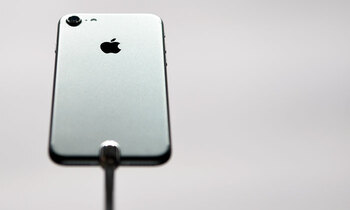 Apple is out to make a splash with new waterproof iPhones, a smartphone game starring Nintendo's beloved "Mario" and a push on wireless headphones.

The iPhone 7 and larger iPhone 7 Plus, with sophisticated camera technology, improved water resistance and other features, were shown off to applause on Wednesday at an Apple event in San Francisco.

The flagship devices with boosted memory capacity will be sold at roughly the same price as the models they replace, starting at $649 for the iPhone 7 for US customers, with deliveries in 25 countries beginning September 16.

Revered Nintendo game designer Shigeru Miyamoto was a surprise guest at the Apple event, unveiling a new "Super Mario Run" game heading for the iPhone by the year-end holidays.

"We want as many people of all ages to be able to play Super Mario Run," Miyamoto said.

"We plan to release it at a set price, and then you can play to your heart's content." The price was not disclosed. 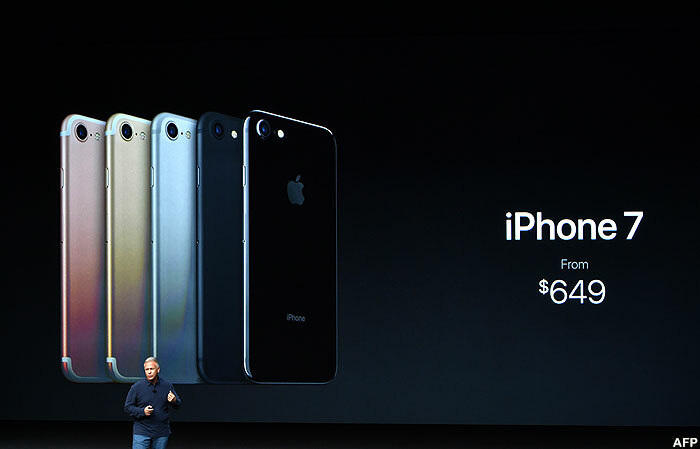 Apple, Nintendo and game maker Niantic used the event to announce the wildly popular Pokemon Go would be available for Apple Watch users later this month.

Pokemon Go has been downloaded more than 500 million times and billions of kilometers have been walked by players since it was made available free in early July, according to Niantic Labs, which created the game.

A new iPhone feature which may ruffle some feathers is the removal of the headphone jack, requiring audio to be delivered via Apple's proprietary "lightning" connector or by wireless.

"It comes down to one reason: courage, the courage to move on," Schiller said of the decision to get rid of the traditional headset port.

"Our smartphones are packed with technologies and we all want more, and it is all fighting for space in that same enclosure. Maintaining an old, single-purpose connector just doesn't make sense." 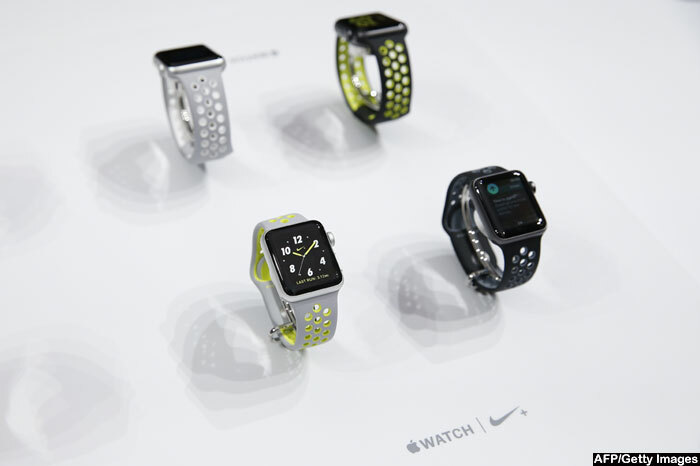 The new Apple Watch Nike+ are seen during the launch event

Apple "AirPods" wireless ear pieces and adaptors to plug old-fashioned wired headsets into Lightning ports will come with iPhone 7 models, according to Schiller.

The 3.5mm analogue jack for wired headsets dates back more than a century, and it was time for someone to "break from the past and start pushing people into the future," Creative Strategies analyst Tim Bajarin said after the event.

Apple may be setting the stage for a dramatically different iPhone model to debut next year on the 10th anniversary of the smartphone first introduced in 2007, Bajarin reasoned.

"It could be a first step for Apple making this completely wireless, and maybe next year a new iPhone with wireless charging," the analyst said.

The new-generation iPhones and Apple Watch boast the ability to get wet without getting ruined. 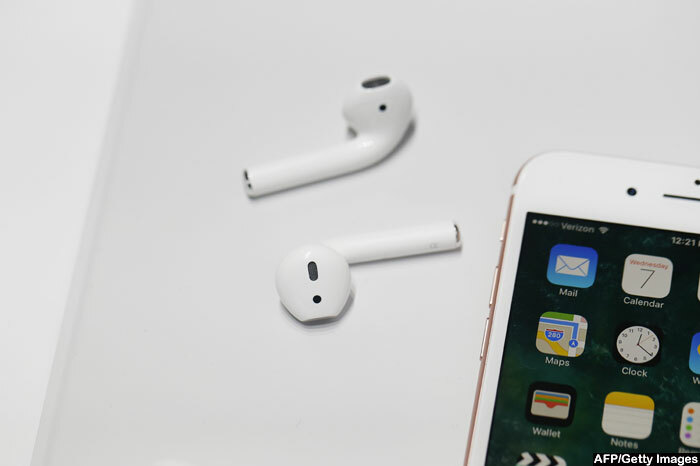 A pair of the new Apple AirPods, the tech giant's first wireless headphones 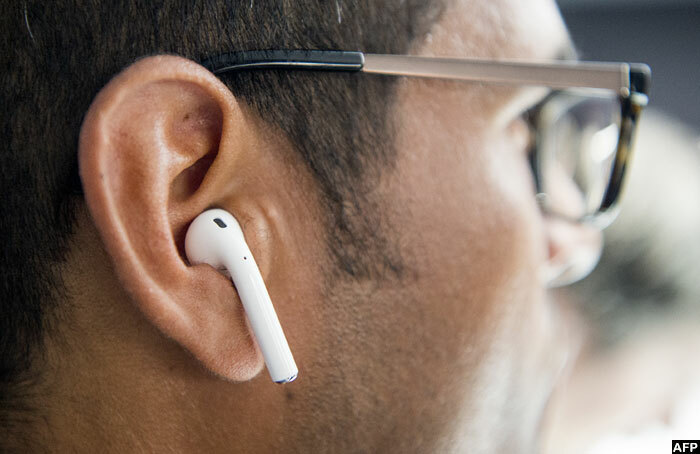 The new smartphones come with Apple seeking to reverse declines in sales of the iPhone in an increasingly saturated global market, and boost its Apple Watch.

"We are about to launch iOS 10, our biggest iOS release ever. It is jam-packed with new features," Cook said.

The iPhone 7 Plus, Apple's version of a "phablet," includes dual cameras to improve optical performance and photo quality.

While Apple has touted total iPhone sales of one billion, the number sold in the quarter ending June 25 fell 15 percent from a year earlier, highlighting concerns over growth for the key profit driver.

Analysts were split on whether new iPhones would help Apple regain momentum.

"I believe Apple did enough to keep the base happy with upgrades and arguably did enough to attract some Android users," said analyst Patrick Moorhead of Moor Insights & Strategy.

"The iPhone 7 is a completely new phone."

But Neil Saunders of the research firm Conlumino said the iPhone 7 "is not radically different to the previous incarnation." and that the new features "are unlikely to be persuasive factors in determining whether consumers upgrade or stick with what they have." 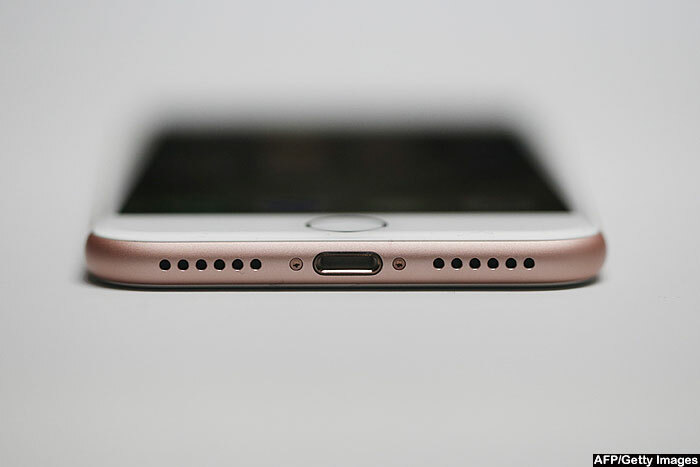 A new Apple iPhone 7 is seen during the launch event in San Francisco, California

On the wearables front, its new Apple Watch Series 2 will also feature GPS -- allowing people to gather fitness data during an outdoor workout without need to take along a smartphone.

"We started shipping Apple Watch just 18 months ago, and already people all over the world are using it in many aspects of their daily lives," Cook said.

Sales figures for the smartwatch are not disclosed by Apple, but surveys show enthusiasm has faded since last year's release.

Apple saw a 56.7 percent year-over-year drop in sales of the device in the past quarter, research firm IDC said.

"It's original emphasis on apps and communication has faded into the background as health and fitness features have come to the fore."