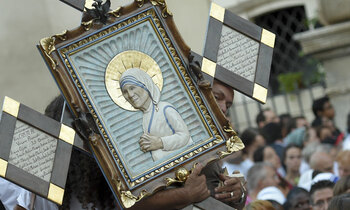 Mother Teresa, the nun whose work with the dying and destitute of Kolkata made her a global icon of Christian charity, was made a saint on Sunday.

Her elevation to Roman Catholicism's celestial pantheon came in a canonisation mass in St Peter's square in the Vatican that was presided over by Pope Francis in the presence of 100,000 pilgrims.

"For the honour of the Blessed Trinity... we declare and define Blessed Teresa of Calcutta (Kolkata) to be a Saint and we enroll her among the Saints, decreeing that she is to be venerated as such by the whole Church," the pontiff said in Latin.

The ceremony came a day before the 19th anniversary of Teresa's death in Kolkata, the Indian city where she spent nearly four decades tending to the poorest of the poor.

With the 16th century basilica of St Peter's and an azure sky providing the backdrop, the faithful basked in the late summer sun as Francis presided over a ritual mass that has barely changed for centuries.

Such was the demand from pilgrims, the Vatican could easily have issued double the number of tickets but for space and security restrictions.

Helicopters had earlier buzzed over the headquarters of the Roman Catholic church, testifying to the huge but relatively discreet security operation under way. Some 3,000 officers were on duty to ensure the day passed off peacefully.

Among the assembled crowd were some 1,500 poor people looked after by the Italian branches of Teresa's order, the Missionaries of Charity. 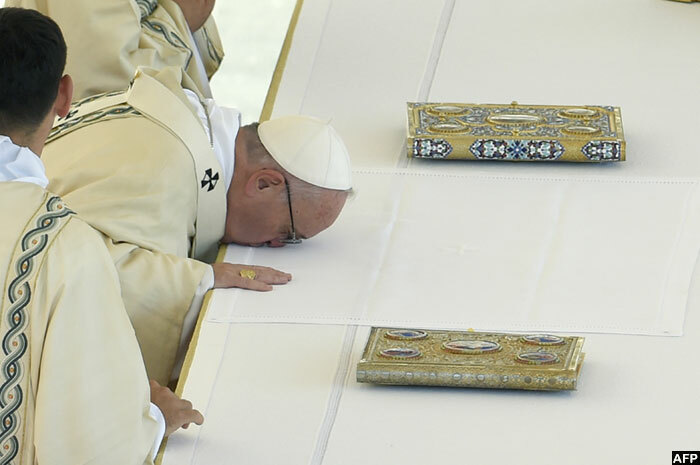 After the mass they were to be Francis's guests at the Vatican for a giant pizza lunch served by 250 sisters and 50 male members of the order.

Teresa spent all her adult life in India, first teaching, then tending to the dying poor.

It was in the latter role, at the head of her now worldwide order that Teresa became one of the most famous women on the planet.

Born to Kosovan Albanian parents in Skopje -- then part of the Ottoman empire, now the capital of Macedonia -- she won the 1979 Nobel Peace Prize and was revered around the world as a beacon for the Christian values of self-sacrifice and charity.

But she was also regarded with scorn by secular critics who accused her of being more concerned with evangelism than with improving the lot of the poor.

The debate over the nun's legacy has continued after her death, with researchers uncovering financial irregularities in the running of her order and evidence mounting of patient neglect, insalubrious conditions and questionable conversions of the vulnerable in her missions. 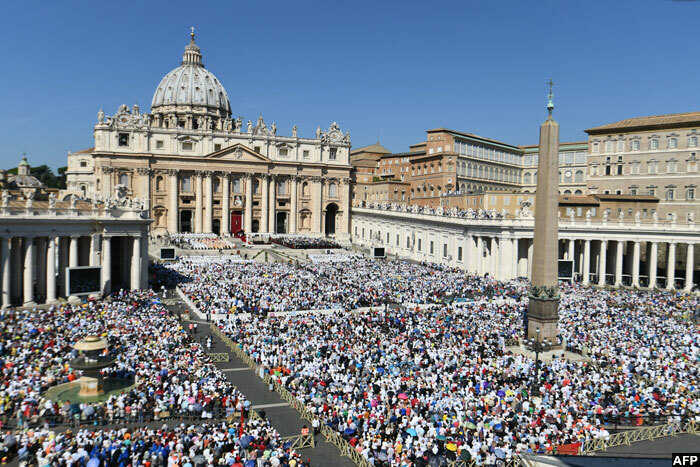 Sceptics were absent from the Vatican Sunday however as Francis prepared to pay homage to a woman he sees as the embodiment of his vision of a "poor church for the poor".

In the second, approved last year, Brazilian Marcilio Haddad Andrino says his wife's prayers to Teresa led to brain tumours disappearing. Eight years later, Andrino and his wife Fernanda were in the congregation on Sunday. 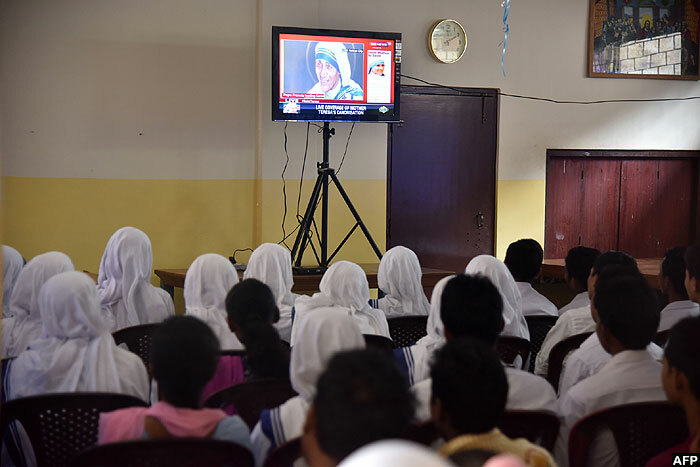 Also in the crowd at St Peter's was Teresa Burley, an Italy-based American teacher of children with learning difficulties who says the new saint inspired her vocation.