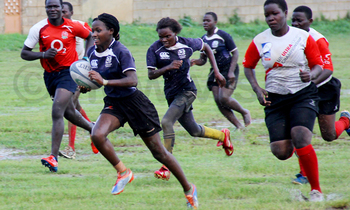 The Uganda U19 team will not be able to defend its Safaricom 7s rugby title won in 2014.

This after Uganda failed to field a team for the event due 23-25 in Nairobi at the Safaricom Stadium in Kasarani.

Uganda Rugby Union has cited lack of funds as the reason why they will send only the men's senior team that will be competing in the Rugby Africa 7s that will run alongside the Kenya Safari 7s tournament.

"We are only sending the men's senior team," URU CEO Ramsey Olinga confirmed.

Meanwhile two girls, Juliet Nandawula and Justine Namagembe who were part of the team that won the U19 Safaricom 7s title have been called on the senior side preparing for the continental tournament in Zimbabwe.

Uganda's women 7s team will be playing in the tournament in Zimbabwe scheduled for September 17th -18th.