Vincent Byamukama believes the playing level in each round will deliver him to the Promised Land. Photo by Michael Nsubuga 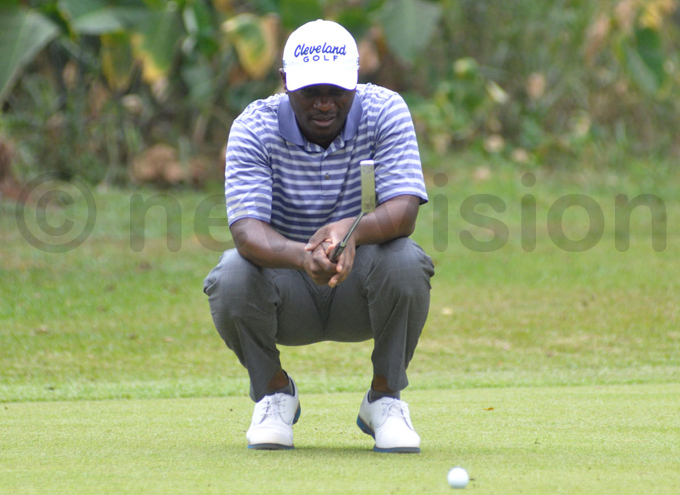 Zambia's Muthiya is looking to repeat his heroics from last year. Photo by Michael Nsubuga

Uganda professional golfers are hoping for the best as the Tusker Malt Lager Professional's Open tees off at Kitante today.

2013 winner Vincent Byamukama, Fred Wanzala, Opio Onito and Uganda Open pro debutant Hussein Bagalana were yesterday all fired up for the four-day event where sh110 will be shared by the top 30 performers and ties.

Byamukama who last year made the cut in 15th position was targeting to play level 72 on each of the four days.

"I think this open will be won by whoever chips and putts better but personally if I can play level in each round, I will be very satisfied because the course is in fantastic shape but running; so it will be down to the short game," Byamukama stated. 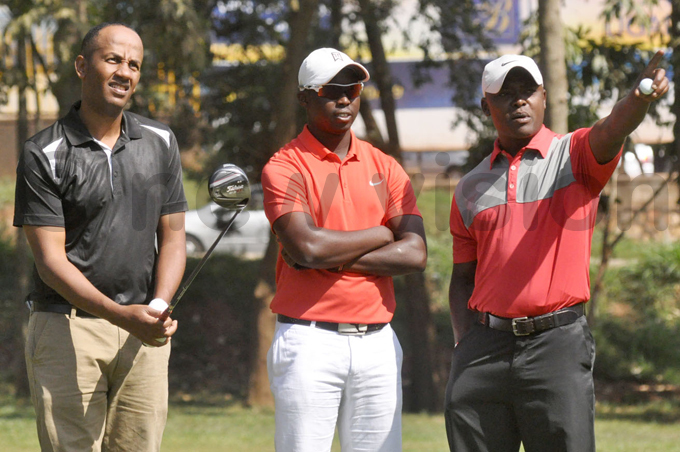 "This year my target is to play in the pressure group because I have always played well in the first two rounds only to spoil my game in the final rounds, but this time I'm more prepared," Wanzala who has never missed making the cut in the last five editions vowed.

As he waited to play in the pro-am, Opio Onito was also thinking of a top ten finish though he hadn't practiced on the course and was wary of the fast greens but promised to adjust accordingly.

It will be caution for Brian Toolit and Dennis Anguyo who finished third in the 2014 edition won by Akope, but missed the cut last year. "I'm planning to take it easy; I have been using an aggressive approach which cost me, though my putting was also off last year but I have worked on it and my recent rounds have been good," Anguyo said.

The mental aspect of the game is key for Toolit who grabbed the last cut-off position last year and wants to perform better this time. John Basabose is one of the top ten amateurs playing alongside the professionals. Photo by Michael Nsubuga

"I have been so aggressive in the past but I've learnt to hang in there. The course is in fine shape but very tricky and testing; you have to think for every shot, so I will take a cautious approach," Toolit stated.

"I will try to match the course, after; I can then change strategy after making the cut," Saidi Mawa noted.

"My swing is on, the bag is full and I'm also here; so I will try to keep on the fairway and score. The greens are a little faster but I'm looking to make my debut a success," Bagalana remarked

The Ugandans are up against over 50 foreign entries that include defending champion Madalsito Muthiya, South Africa's Joshua Seale and four-time winner Dismas Indiza among others. Denis Anguyo has promised to take a cautious approach in a bid to win his first Ugandan title. Photo by Michael Nsubuga 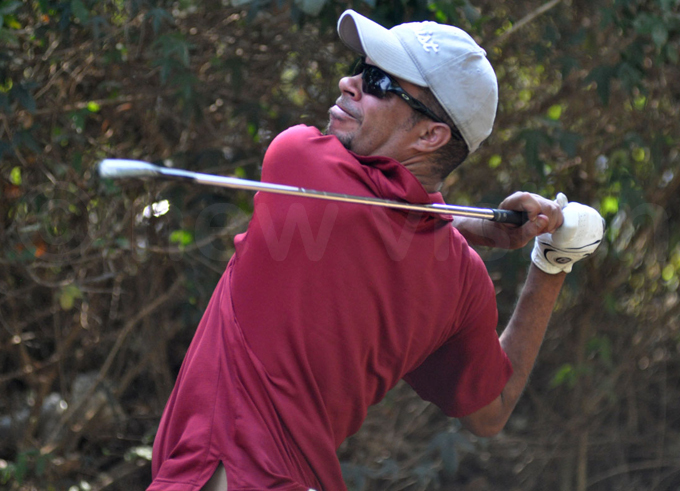 Former winner Kenya's Richard Ainley is back to challenge for more cash. Photo by Michael Nsubuga

Apart from the over sh23m the overall winner of the pro's event will take; an all-expense paid trip to Abu Dhabi courtesy of Etihad Airways is also on the card for the winner.

A brand new Chevrolet Trailblazer also awaits a player who will achieve the rare feat of a hole-in-one shot.