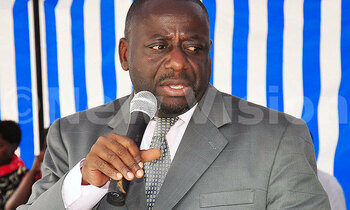 Good morning, hoping you are all well. Here's a quick look at what you should expect to find in Monday's New Vision paper . . .

To begin with, a city lawyer dragged the Kabaka of Buganda to court challenging the fees the tenants on the Kabaka's land have to pay to be registered. The Kabaka has now responded in what is emerging as a hot court battle. Find out in New Vision what the Kabaka says on the matter.

Are farmers liable for paying taxes? The Uganda Revenue Authority boss explains the official position on the matter in New Vision.

We are also carrying a story of former minister Nyombi Thembo confessing to cheating on his first wife. What prompted him to make such a startling confession in public? New Vision brings you the story.

The Inspector General of Police, Gen Kale Kayihura, has been in the spotlight. Amidst speculation that he has been replaced, Kayihura breaks his silence and speaks out. Find out what he says on the matter. New Vision brings to you renowned Prof. Mahmood Mamdani's thoughts on South Sudan crisis which he blames US, United Kingdom and Norway for sowing poisonous seeds of instability in the infant state.

And in West Nile, 80-year-old Veronica Angudeyo of Maracha district regains her sight after one year. How did this happen?  We have to details.

Fifteen years ago, over 4000 people were evicted from their land in order to allow an investor to establish a coffee project. 15 years down the road the victims are still struggling to receive justice and continue to suffer the consequences of the eviction.  Find out why it is taking so long for these people to get justice.

Did you take part in Sunday's cancer charity run aimed at raising funds to buy a new cancer machine? Well, several people did.

Anyways, today we bring to you regional referral hospitals in several districts where the X-ray machines have broken down, leaving patients in tears.