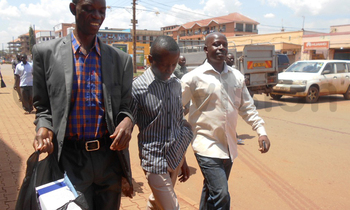 Security operatives led by the Jinja deputy Resident District Commissioner have arrested a cleaner from Jinja Hospital for stealing equipment and drugs.

Saakwa said the cleaner identified as Fredrick Wandera was arrested during an operation that was carried out on Sunday in Jinja town as he waited to deliver the stolen items at Total petrol station along Main Street in Jinja.

"I received a call from one of the patients who was directed to buy gloves from town. She told me that normally the drugs and equipment are embezzled by the health workers who take them to cleaners to deliver them out of the hospital over weekends," he noted.

Saakwa explained the matter involves a large chain of hospital workers who have turned to using cleaners to deliver the stolen equipment and drugs.

Saakwa said during the operation, Wandera was found with sterile latex surgical and latex examination gloves that he was selling at sh10,000. During the operation other equipment which included scissors, injectable drugs, syringes and surgical blades were recovered.

According to Wandera who has worked at the hospital for five years, normally they make requisitions of drugs and equipment after every two weeks

"I have accepted I was caught trying to deliver the stolen hospital equipment and I pray to be forgiven because I was also just sent to deliver," he said.

According to the officers in charge of criminal investigations who effected the arrest noted that he will be charged with possession of government property.

Dr Sophia Namasopo the medical superintendent of the hospital explained that she was happy for one of the people to be arrested after they had tarnished the hospital image for long by stealing the supplies. 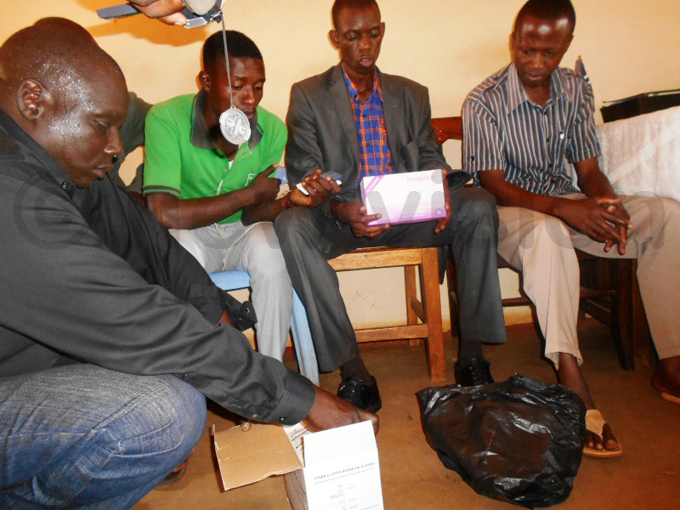 Deputy RDC Saakwa (L) with the gloves in a black polyethene bag after arresting Wandera (C). Photo by Doreen Musingo 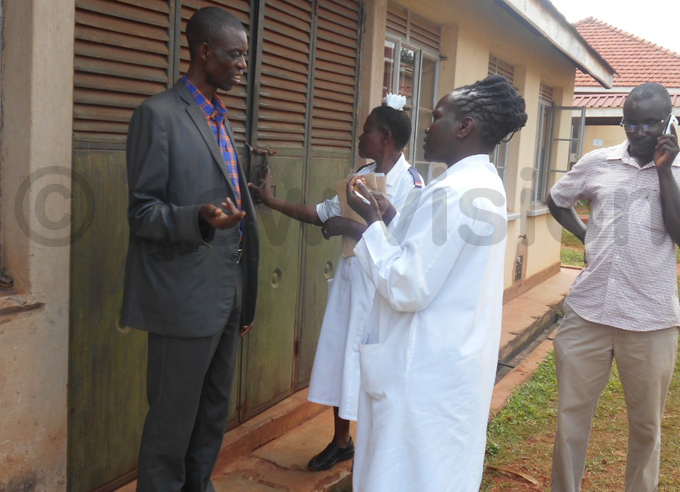 "I'm glad he has been arrested and we expect the public to work with a committee that was put in place to monitor hospital supplies. I promise we shall clean out the criminals and call upon anyone with information to report to our police post," she said.

Saakwa however challenged the patients to watch out for a few suspects who keep on asking for money using sign language. He added that they no longer ask for hard cash but only signal and issue mobile numbers where the money is to be delivered.