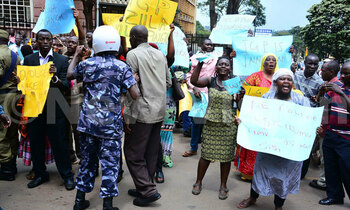 Kayihura is supposed to appear before the Makindye Chief magistrate's court on Wednesday to be charged in connection with beating of Col. Kizza Besigye's supporters recently.

Court also sanctioned criminal summons to, other senior officers over the police brutality against civilians and supporters of Opposition leader Dr. Kizza Besigye. 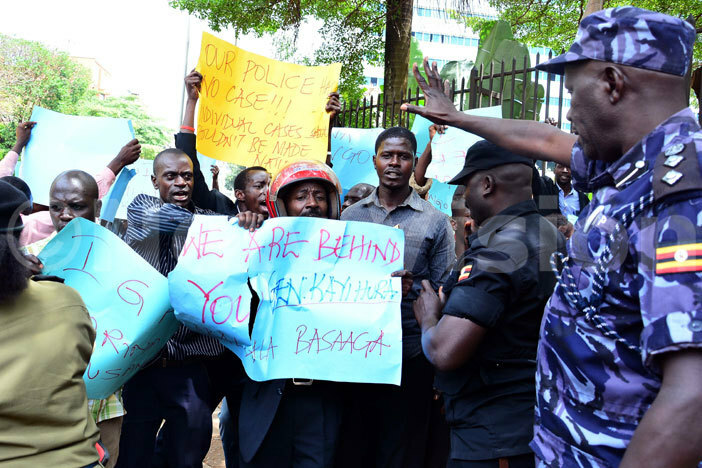 Recently, Parliament passed a resolution condemning the police brutality against civilians and Besigye supporters. MPs have also been demanding for Kayihura to appear before the internal affairs committee over the beating of Besigye supporters.

It was not clear who was behind mobilizing the youth.

At the Parliament's main gate police blocked the protestors from entering precincts of Parliament to present their petition before Parliament Speaker Rebecca Kadaga. 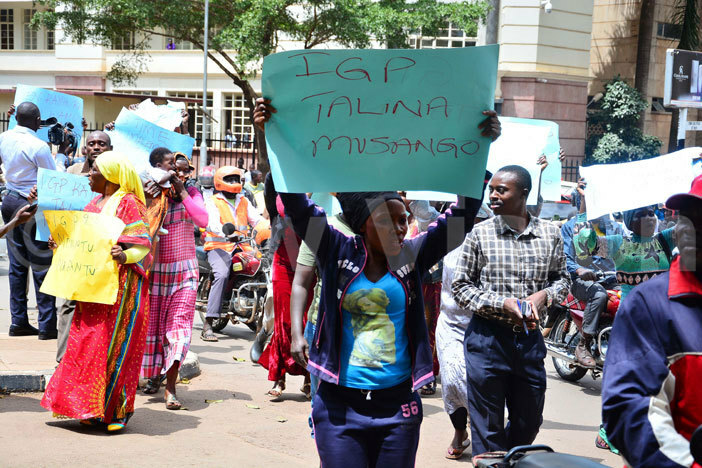 Asked if they had a written petition for presentation to the Speaker, one of them said "We shall talk to the speaker verbally in addition to our placards." This prompted the police to chase them away.

The Parliament Director communication and Public affairs Chris Obore said "every Ugandan has a right to petition the Parliament Speaker, it is the Speaker to take the decision on whether parliament investigates the petition or not."

But he noted that the protestors lacked leadership, reason they were denied chance to petition.