"We found the beds hidden at a bar in Kawempe that belongs to a lady called Sarah."

KAMPALA - The medicine and health services delivery monitoring unit has arrested an engineer attached to Mulago Hospital together with four others over theft of 11 hospital beds.

It is alleged that Grace Kabunga, the assistant hospital engineer together with four others, took advantage of the ongoing construction at the national referral hospital and stole the beds on August 7.

The other suspects are; Isaiah Owera, a machine operator at Mulago's boiler section, Paul Ssekandi, a driver, Hassan Ssimbwa, a garbage collector with Hilltop Garbage Company, and another person identified as Abed Lutalo.

All the suspects were by the time of this report still held at the Police's Special Investigations Division at Kireka, Wakiso district, as investigations go on.

"We found the beds hidden at a bar in Kawempe that belongs to a lady called Sarah who is believed to be Kabunga's fiancé. The suspects will definitely be produced before court for stealing government property after investigations are completed," said a detective who was part of the team that tracked down the suspects.

The health monitoring unit head, Dr. Diana Atwine, could not be reached for a comment but an official at the unit attached to State House told New Vision that they were able to arrest the suspects after a tip-off from a concerned citizen.

"People who saw the suspects loading the beds onto a truck and driving them out of the hospital tipped us and we followed them up. These beds make up an entire ward," said the official who preferred anonymity. 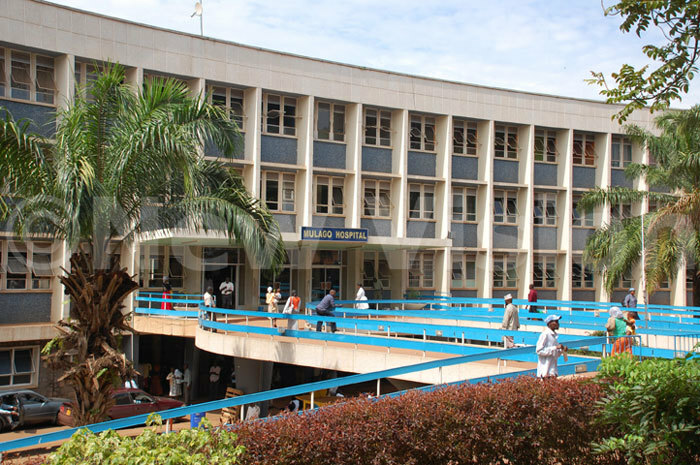 The Mulago hospital spokesperson, Enock Kusasira, confirmed the arrest of the suspects and that some of them were hospital staff.

"They are our staff but that does not stop them from facing the law. We don't condone that kind of impunity. They should be punished," he told New Vision.

The health monitoring unit has since its inception arrested scores of hospital staff countrywide in a move aimed at curbing drug and equipment thefts that had become rampant.

The most recent arrest was in Arua district in June this year where eight health workers from Arua regional referral hospital were arrested over stealing drugs.

In 2012, the unit together with security personnel in Tororo district unearthed a drug-theft racket which was stealing drugs from Ugandan health centres and selling them to neighbouring countries.

The group was said to have been operating across more than 15 districts in eastern Uganda.

Preliminary findings showed that most of the drugs disbursed to public health facilities in the 15 districts were always collected, packed in containers and ferried either to Kenya or South Sudan.

A Kenyan national arrested in Tororo town was found with HIV testing kits and drugs said to have been disbursed to Tororo Hospital by the National Medical Stores.