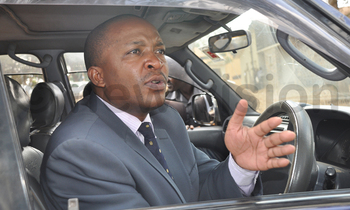 The High Court of Mbarara will on Thursday make a ruling in the election petition filed by former Rwampara MP Vincent Mujuni Kyamadidi against Charles Ngabirano.

The hearing that started on May 23 before Lady Justice Dr Winfred Nabisinde was concluded in June before Nabisinde set the ruling for 4th August.

According to the results released by the Mbarara district Electoral Commission returning office, Kyamadidi got 3.89% in Mwizi Sub County, compared to Ngabirano's 95.96%.

Kyamadidi claimed that in Mwizi, it was impossible that all the 14 polling stations registered a 100% voter turn-up, with all the registered voters having been recorded to have cast their votes.

Through his lawyer Ngaruye Ruhindi, Kyamadidi wondered whether none of the voters fell sick, or died or migrated from the area, not to have missed voting, saying there was therefore no proper voting but just ticking ballots in favour of his opponent.

Ngabirano's defence has been that all the voters in Mwizi voted an NRM candidate after President Yoweri Museveni's campaigned for him as flag bearer of the party while on his campaign trail in the area.

He also maintained that it was not his duty to confirm whether some people were dead or not, but the duty of the petitioner to prove to court that there were dead people who ‘voted'.

The Ngabirano vs Kyamadidi hearing sessions have been crowd pullers, with the court rooms being filled to capacity at the Mbarara High Court.