Uganda, which has 17 athletes, will be in action from that point to the final day when Stephen Kiprotich will be defending his marathon title. 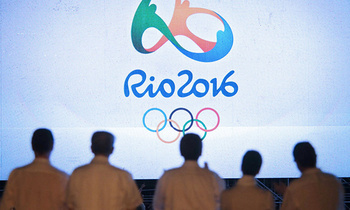 Uganda's swimmers and boxers are already getting a feel of the Rio Olympics.

Next to arrive were swimmers Jamila Lunkuse and Joshua Ekirikubinza. Their coach Max Kanyerezi arrived on the same day with the boxers.

The bulk of the team comprising of 14 athletes and three officials departs on Sunday.

Boxing and swimming start on Sunday while athletics begins on Friday next week.

Uganda, which has 17 athletes, will be in action from that point to the final day when Stephen Kiprotich will be defending his marathon title.

Kiprotich will be running together with Solomon Mutai and Jackson Kiprop in the 42 kilometer event on August 21.

The marathon trio leaves on August 15 after making the most of high altitude training in Bukwo and Kenya.

More than 10,500 athletes from 206 National Olympic Committees, including first time entrants Kosovo and South Sudan, are scheduled to take part in the world's biggest sports event.

With 306 sets of medals, the games will feature 28 Olympic sports — including rugby sevens and golf, which were added by the International Olympic Committee in 2009.

These sporting events will take place at 33 venues in the host city and at five venues in Rio de Janeiro, Belo Horizonte, Salvador, Brasilia (Brazil's capital), and Manaus.

The International Olympic Committee has said a three member panel will make the "final decision" on which Russian athletes will compete.