An assassination attempt is made on first Ghanaian President, Kwame Nkrumah 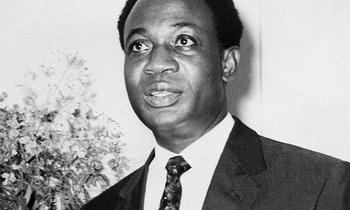 An assassination attempt was made on first Ghana President, Kwame Nkrumah. The bomb, intended to eliminate Nkrumah, exploded and killed four people, scores of whom were left injured. Four years before this incident, Nkrumah passed the Preventative Detention Act which he used to imprison more than 1000 of his political and social opponents. This was not the first attempt to kill Nkrumah, who had led Ghana to independence in 1957.