In his first public appearance after being appointed Foreign Secretary, Johnson compared the Brexit vote to the French Revolution. 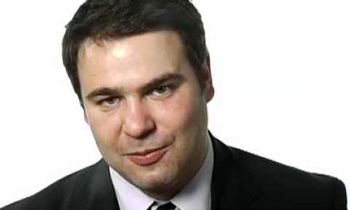 If history repeats itself - first tragedy, then farce - what comes next is Boris Johnson, a shape-shifting politician who embodies the contradictions of our age. Johnson is a tribune of the people who grew up with the privileges of the 1%; a child of immigrants who campaigned for closed borders; a Conservative who wants to upend the political order; an erudite man who mocks expertise; and a cosmopolitan who casually calls black people "piccaninnies." Johnson did more than anyone to bury Britain's European future; but his ultra-flexibility may yet prove to be its salvation.

In his first public appearance after being appointed Foreign Secretary, Johnson compared the Brexit vote to the French Revolution. Provoking boos at the French Embassy's Bastille Day celebration, he hailed the referendum as "a great popular uprising against a stifling bureaucratic ancient regime (sic) whose democratic credentials had become very far from obvious."

But the Brexit vote - with its promise to recreate the Britain of yesterday - is less revolution than counter-revolution. Boris and his band of Brexiteers have more in common with Louis Napoleon Bonaparte, who overturned the French republic to create a new monarchy, than with Danton or Robespierre.

If anyone or anything has a claim to embody the progressive ideals of 1789, it is the EU. Its politicians and officials have translated the vague trinity of liberty, equality, and fraternity into a concrete form: 80,000 pages of laws that cover rights and regulations from the bedroom to the factory floor. And the application of these rules helped waves of countries - from Greece and Spain to Estonia and Poland - move from autocracy to democracy.

The EU has driven a revolution in how countries live together - advancing individual rights, international law, and the pooling of sovereignty. Its transformative power springs from the promise of potential membership, a "neighborhood policy" that exports European values, and its facilitation of global institution-building and copycat regional integration.

Now, as a result of the counter-revolution, the EU club is shrinking, rather than growing. Rather than remaking the world in its image, the EU fears neighbors that export chaos rather than import values. Interdependence causes, rather than ends, intra-European conflict. And the European idea has become a focus of political opposition across the continent.

Indeed, the most troubling thing about Europe today is not the United Kingdom's departure, but the fragility and disunity of the remaining 27 states, where the domestic consensus for Europe has all but evaporated. The UK's "Leave" campaign channeled a widely felt desire to restore past certainties, not to establish new rights. And all member states are subject to the economic insecurity, cultural anxiety, and political alienation that new political forces are exploiting by using referenda to recast politics as a fight between the people and self-serving elites.

Britain's post-referendum economic and political travails will make other EU member states think twice before holding their own popular votes on membership. But make no mistake: the EU is well into an era of disintegration. A slow slide into ungovernability can be just as devastating as a breakup.

Some EU decisions are already being challenged by national referenda, such as Hungarian Prime Minister Viktor Orbán's planned plebiscite on refugee quotas. In France, the so-called Posted Workers Directive (which allows employers to pay seconded workers no more than the minimum rate in the host country) may not be implemented. And the European Commission is backtracking on favored projects such as a free-trade deal with Canada.

Rather than banding together, each new challenge has divided the EU into ever-smaller groups. The euro has divided north and south; Ukraine and the refugee crisis have divided east and west.

Pro-Europeans need to engage with the sources of discontent and rethink the forms used to express the European ideal. The EU was based on a mechanical idea that interdependence would reduce conflict. By linking European means of production together - first through the European coal and steel community, and later through the common market and the euro - the EU hoped to bind Europe's states together so closely that war between them would no longer be an option.

True, war in Europe is now mostly unthinkable, with much wealth created. But the backlash against interdependence - whether through the euro, free movement, or terrorism - is undeniable.

To save the EU, European leaders should focus on making people feel safe with interdependence. That means redistributing some of the economic benefits of free movement to communities bearing the burden of it; strengthening control of external borders and cooperation against terrorism; ensuring greater flexibility for eurozone integration and migration; and returning to the idea that EU institutions' highest calling is to defend Europe's nation-states, not to develop their own power.

The Brexit crisis gives the remaining EU members a chance to reconceive the European project. If they succeed, the UK may even eventually want to rejoin.

Of course, that is not what the Brexiteers or their allies elsewhere are seeking. They may succeed in unraveling the EU, but they are unlikely to deliver on their promise of recreating the world of yesterday, much less a better future. In fact, they could inadvertently destroy the benefits of European integration that people most value.

Voters who supported Brexit may yet echo what Marx said of Louis Napoleon's counter-revolution: "A whole people, that imagines it has imparted to itself accelerated powers of motion through a revolution, suddenly finds itself transferred back to a dead epoch." They discover that what they overthrew was not the tyranny of the ancien régime, but "the concessions that were wrung from it by centuries of struggle."

That is where Johnson's political cross-dressing may come into its own. If the UK enters a deep recession and struggles to deliver on the Leave campaign's promises, many voters may yet want to remain in the single market, or even the EU itself. That sort of volte-face would be impossible for most of the Brexit camp, for whom the dream of sovereignty trumps the threat of economic collapse. But Johnson is culturally at ease with Europe and at times seemed ambivalent about the Leave campaign that he led.

Johnson's ability to escape the shackles of his previous statements would inspire Houdini. If the EU manages to reform and the UK's economic problems deepen, all that seems solid - particularly Johnson's Euroskepticism - could melt into air.

Mark Leonard is Director of the European Council on Foreign Relations.