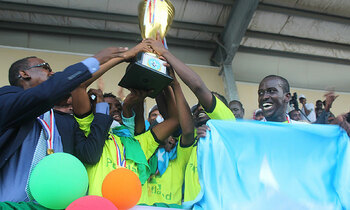 Despite conceding an early goal, Puntland went on to beat Jubbaland 5-3 on penalties to lift Somalia's first ever inter-state football competition.

Jubbaland took an early lead - four minutes after kickoff - when Fua'd Mohamed Yusuf turned in beautifully in front of a huge crowd.

But they could not take their advantage into the break as Farah Dahir leveled matters five minutes before half-time after successive Puntland attacks.

And when normal time of play registered no winner, as did extra time, the tie had to be decided by spot-kicks.

The dreaded penalties did eventually - and inevitably - produce a winner: the semiautonomous state of Puntland.

Somalia's President Prof. Hassan Sheik Mahmoud, who watched game, presented the trophy to the winning side and announced the successful conclusion of the maiden tournament. 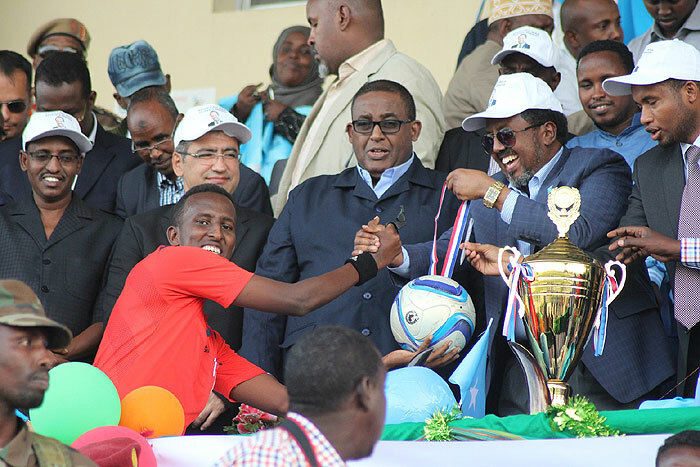 He was accompanied by Prime Minister Omar Abdirashid Ali, the minister for youth and sport Mohamed Abdullahi Hassan and other key government officials.