Matador killed by bull in the ring

A Spanish bullfighter was gored to death in front of horrified spectators at a corrida Saturday, the first to be killed in the ring in more than three decades.

Victor Barrio, 29, was struck in the chest by the massive bull who tossed him in the air before he fell to the ground, where he lay motionless after the graphic attack that was aired live on television.

Other matadors rushed to the rescue, trying to distract the 500 kilogram (1,100 pound) bull before carrying Barrio from the ring in the eastern town of Teruel.

Barrio, who made his corrida debut in 2008 and toured rings all over the country, was pronounced dead at the scene, Tauroemocion, the organiser of the bullfight, told AFP. 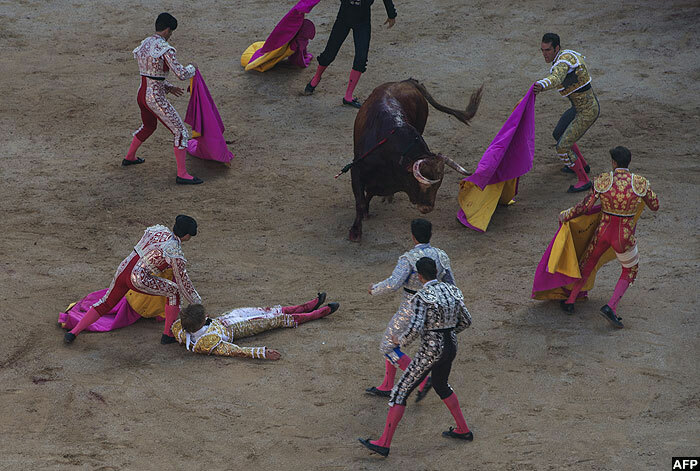 "My condolences to the family and colleagues of Victor Barrio, bullfighter who died in Teruel. Rest in peace," he wrote on Twitter.

"Distressed and affected. Rest in peace, Victor Barrio. All of us send our condolences to his team and to his family and friends," it posted on its feed along with photos of the slain bullfighter.

The last bullfighter to be killed in the ring was in 1985, according to Spanish media, when 21-year-old rising star Jose "El Yiyo" Cubero died after being gored through the heart.

Last year, prominent Spanish bullfighter Francisco "Paquirri" Rivera Ordonez was badly injured after being gored in the groin by a bull. His father was gored to death in Andalusia in 1984. 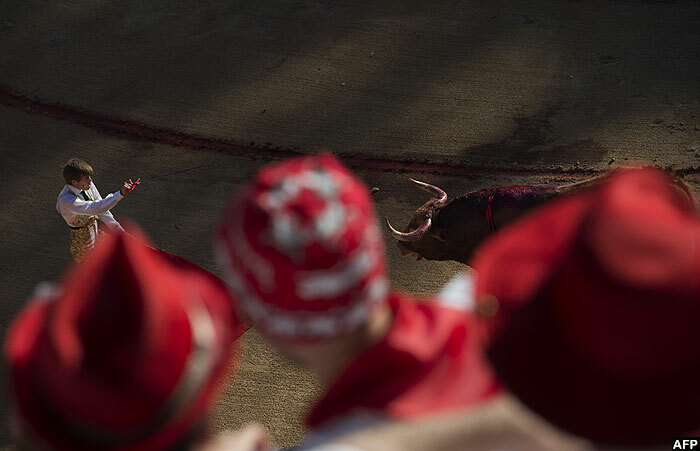 Pamplona is host to the most famous of Spain's many bull-running festivals, where hundreds of people try to outrun six charging bulls over 800 metres

Bullfighting and related events have come under fire in recent years by animal rights activists who denounce the sport as cruel and dangerous.

Several regions or cities have put a stop to corridas or annual festivals with bull running over the years.

The group has long campaigned for an end to bullfighting in a country increasingly torn between animal rights activists who support abolition, and others who want to keep an age-old tradition going.

According to official figures, 1,868 bull-related events were held in Spain in 2014.

Combined, they attracted six million spectators in a country of 47 million residents, according to ANOET, the national organisation that arranges such events, which said the "bull business" brings in 3.5 billion euros ($3.8 billion) annually.