We are used to being insulted - Chief Justice 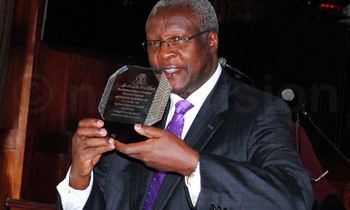 While receiving an award of appreciation from representatives of the disabled for two landmark court rulings that recognized their plight Chief Justice Bart Katureebe said that they are never appreciated for the work they do.

"For us we are used to being insulted, but I am glad that we have been recognized by a section of the public," Katureebe said after receiving the award from the Executive Director Nation Union of the Disabled Persons in Uganda (NUDIPU).

He said that though there are a few corrupt characters in the judiciary, majority of the judicial officers are good people and are hard workers. He noted that the judiciary is one of those rarely appreciated professions in the country.

The award was presented to him following a land mark ruling in the Fort Portal High Court last year, delivered by Justice David Batema, quashing the powers of the minister of justice to preside over cases involving convicts with mental illness.

Batema declared the minister's orders as unconstitutional and stated that it usurps the autonomy of the judiciary in the administration of justice for persons with mental illness.

"Any court waiting for the minister's orders is giving away the independence of the Judiciary and is in one way or another accepting to be ordered around by the minister who, as experience has shown, is too busy to issue the orders," he said in his ruling.

The ruling was in reference to a petition filed by a lawyer, Cosma Kateeba on behalf of Eric Bushoborozi who had spent over 10 years in prison waiting for the ministers' orders.

Bushoborozi was first detained at Katojo Government Prison, Fort Portal in 2002 for the murder of his child whose head he cut off claiming that he was killing a snake.

He was tried in the High Court before Justice Rugadya Atwooki and was declared to be insane and therefore declared not guilty, but could not be released since the Penal Code Act Section 194 and the Trial on Indictment Act (TIA) provide for the minister's orders.

He was then remanded on December 1, 2006 pending the minister's orders as to where he should be taken for mental treatment or otherwise be dealt with. 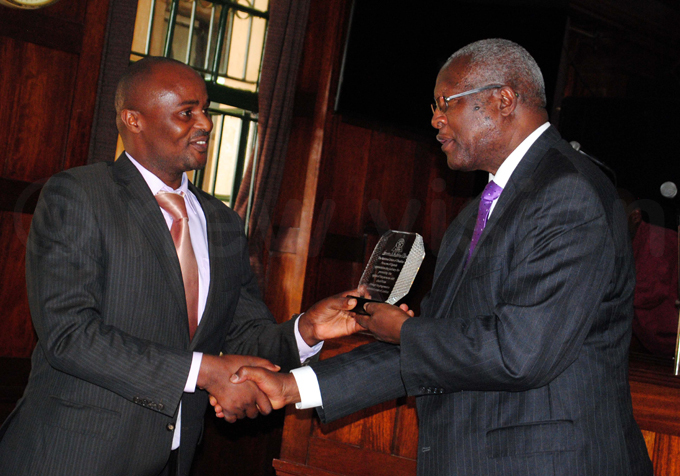 Kateeba in his petition stated that since December 2006, the minister never made any orders in respect of Bushoborozi, even though the prisons officers regularly wrote to him a reminder of the case.

In his ruling Batema explained that the main purpose for the minister's orders would be for ensuring proper medical and other treatment of a criminal lunatic.

He said that instead of waiting for the order, a trial judge can ably and legally exercise inherent powers of the court to order for the proper medical and other treatment of the convict.

In order to do this, he said that the provisions of the law that give the minister such powers can be construed to be the powers of court under articles 126 and 274 of the Constitution.

Batema at the end of his ruling made several recommendations for the judiciary to implement to ensure that the mentally challenged get timely justice.

Among these recommendations, he asked Judges to recall all files of those with mental illness try them and give appropriate sentences instead of waiting for the minister.

Under section 105 and 48 of the Trial on Indictment Act provides for the ministers' orders.

Currently there are 42 mentally challenged convicts in government prisons across the country, waiting for the ministers orders.