The vehicle was discovered by police hidden in a garage along the main highway in Iganga municipality. 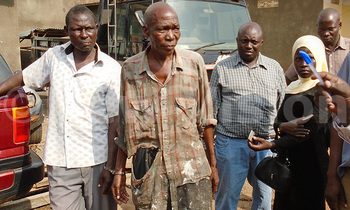 The vehicle, a Nadia of registration number UAY 455Q and grey in colour, was discovered by police hidden in a garage along the main highway in Iganga municipality today.

The district police commander of Iganga, Nassibu Nditta, said they received a tip that a vehicle had been brought to the garage by some unknown people .

Lutaaya and his wife his wife Irene Namatovu were reportedly ambushed last Friday around  Kabasanda trading center in Butambala as they travelled to Kampala.

The couple was returning from a music show in Kanoni located in Gomba district.

(Look out for details in Tuesday's New Vision)