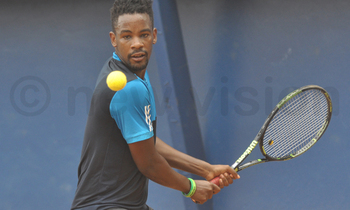 Uganda's top seed Duncan Mugabe made a disappointing start to the Mozambique F2 Futures tournament as he was eliminated in the first round.

Despite the defeat Mugabe returns today to defend the doubles crown he won last year.

From Mozambique, Mugabe will travel to Nairobi for the Kenya Open for one week before taking part in the Goma Open in Democratic Republic of Congo.

He will then return to Uganda for three weeks of training before for heading to Egypt for various tournaments.