The military issued the warning following what it called a violation of Sudan's airspace by a cargo plane flying for "international and regional NGOs" on May 17 and 20. 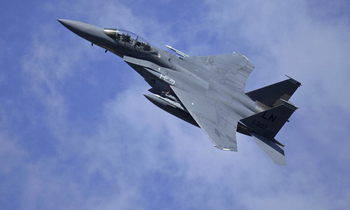 Sudan's military said Wednesday it will "firmly deal" with breaches of its airspace after citing two violations last month by a plane belonging to global aid groups.

The military issued the warning following what it called a violation of Sudan's airspace by a cargo plane flying for "international and regional NGOs" on May 17 and 20.

"It entered Sudan's airspace without any authorised permission. It did not adhere to proper procedures," army spokesman Brigadier Ahmed Khalifa al-Shami said in a statement.

He did not specify who operated the aircraft or to which NGO it belonged.

"Sudan's army warns that any aircraft that violates Sudan's airspace and enters it without permission or proper procedures will be dealt with firmly," said Shami.

The United Nations peacekeeping mission in Darfur, UNAMID, and the UN World Food Programme operate daily flights across Sudan to facilitate their work in conflict zones.

About 20,000 troops and policemen from more than 30 countries are currently in Sudan's western region of Darfur as part of the African Union-United Nations mission, UNAMID.

Deployed in 2007, UNAMID has a mandate to curb violence in Darfur, where conflict has killed tens of thousands of civilians since 2003.

In October 2012, Sudan had accused Israel of striking a military factory in central Khartoum by sending four radar-evading aircraft. Two people were killed in the blast.

In April 2011, Sudan said it had irrefutable evidence that Israeli attack helicopters had carried out an air strike on a car driving along its Red Sea coast which killed two people.