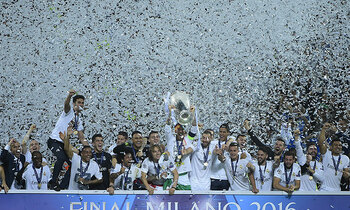 Cristiano Ronaldo added the finishing touches as Real Madrid were crowned kings of Europe for an 11th time with a 5-3 penalties victory over Atletico Madrid, after a 1-1 draw in the Champions League final on Saturday.

But the match was pushed into extra time when Belgian Yannick Carrasco came off the bench to level on 79 minutes.

After two, scoreless periods of extra time the match went to penalties.

And when defender Juanfran's effort blasted off the bottom of Keylor Navas's upright, it gave Real the advantage.

Ronaldo stepped up and made no mistake, securing the trophy for the second time in three years to leave a dejected Atletico with the crumbs again after an agonising defeat. Real, inaugural winners of the competition in 1956, claimed their 10th title two years ago in Lisbon when a late Ramos leveller pushed the match into extra-time.

Atletico coach Diego Simeone had pledged his side, two-time Europa League winners in 2010 and 2012, would end their wait to finally win Europe's premier competition.

But it took only six minutes for Real to start knocking on the door.

Gareth Bale won a free-kick on the edge of the area and although Benzema got a touch to the Welshman's delivery, goalkeeper Jan Oblak produced a great point-blank save. 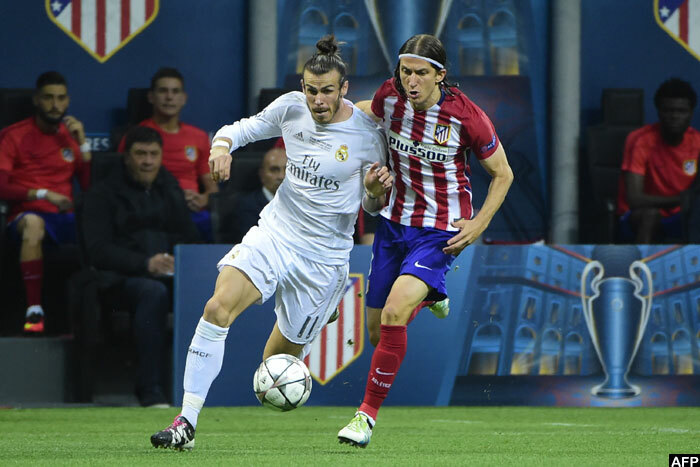 It was an early warning but the threat was real.

When Atletico gave away a free-kick on the left, it was far enough not to warrant immediate anxiety.

But when Toni Kroos's well-struck delivery was back-headed by Bale, it fell dangerously close to the goal line where Ramos appeared to get the slightest of touches before the ball squirmed under Oblak for the opener. 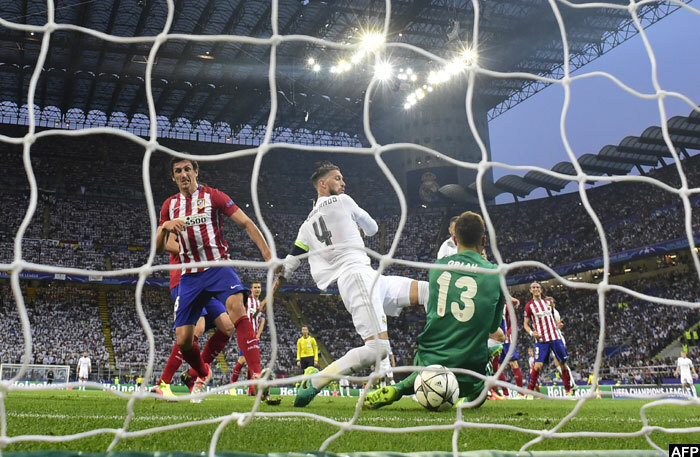 It took a shell-shocked Atletico some time to recover and when the opportunities did arise they were rarely on target.

Juanfran blasted a half-volley over and although Koke's cheeky through ball for Fernando Torres was inviting, it was snuffed out by central defender Pepe.

Worse, Atletico were giving possession away cheaply and almost paid the price on the half-hour when Casemiro intercepted to set up Benzema, who forced a fine one-handed parry from Oblak to stop his cross.

Before half-time Atletico were restriced to an Antoine Griezmann shot that fizzed wide of the upright, but they were handed a lifeline seconds after the restart when Pepe barged into Torres from behind.

English referee Mark Clattenburg had no hesitation pointing to the spot but Griezmann, with seven goals in the competition this season, smashed his effort off the underside of the crossbar. 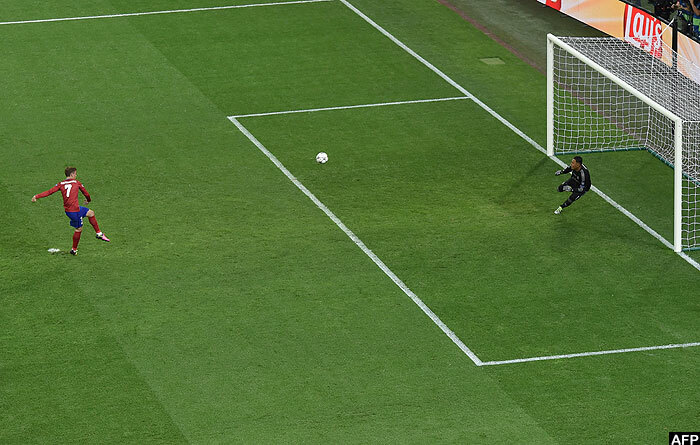 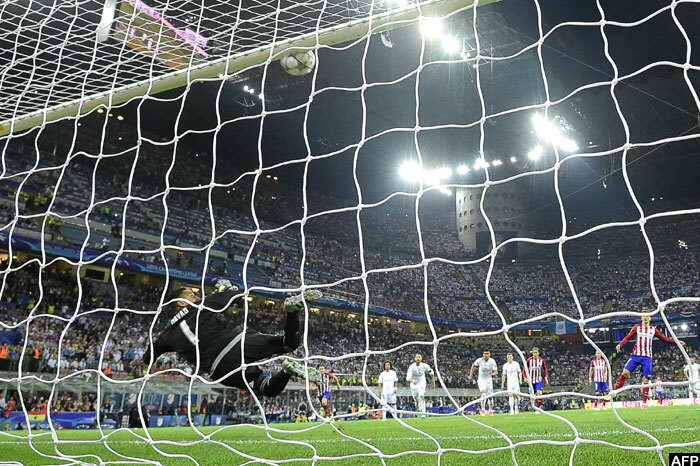 After Bale skewed an effort wide, Atletico got back on their feet to see Saul Niguez turn on Carrasco's cross and send a half-volley wide of the post.

It prompted Simeone into some frantic arm-waving, but instad fans were left breathing huge sighs of relief as Real piled on the pressure.

Luka Modric sent Benzema clear but he found the chest of onrushing Oblak with the goal at his mercy.

Modric was involved again when Ronaldo shot straight at the keeper from 25 yards, and Atletico survived a huge scare when Oblak stopped Ronaldo's effort, then had Stefan Savic to thank for clearing Bale's follow-up off the line.

The match was turned on its head moments later when Belgian Carrasco muscled his way through Real's central defence to smash Juanfran's perfectly-weighted cross past Navas and send the red half of the stadium wild. But in the end penalty misses from Juanfran and Griezmann left Atletico coming up short. 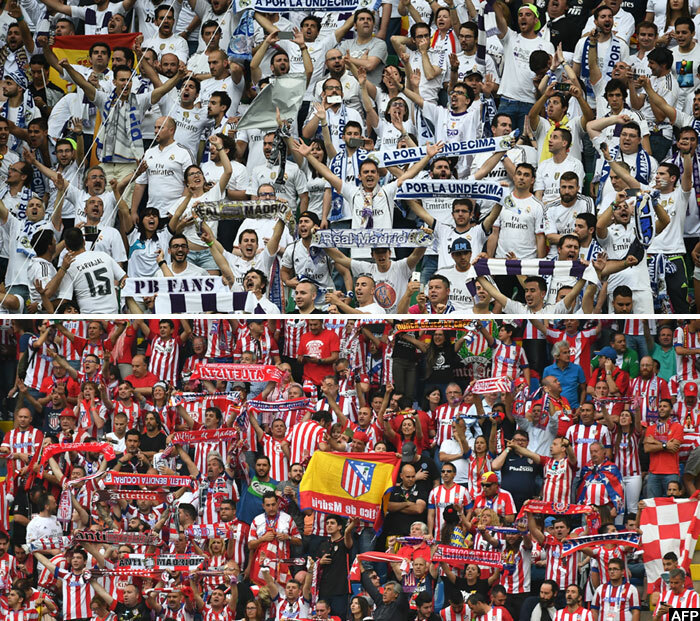 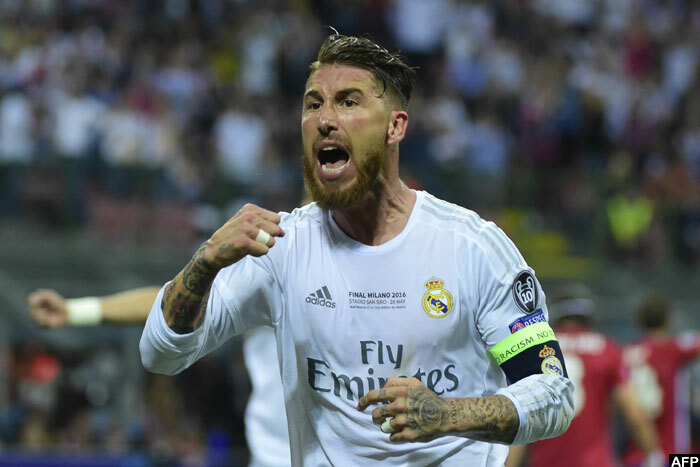 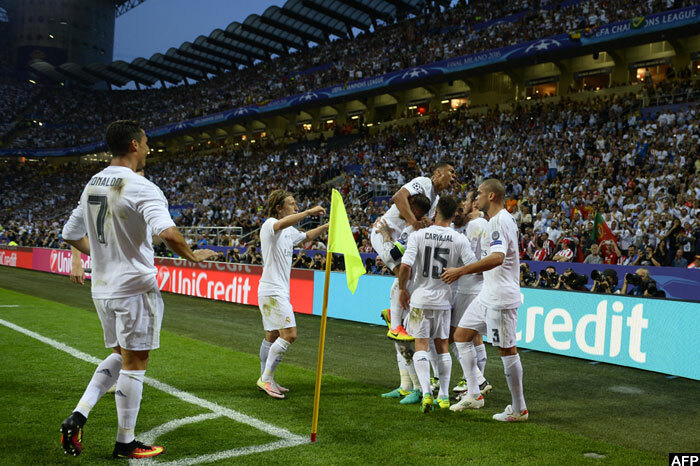 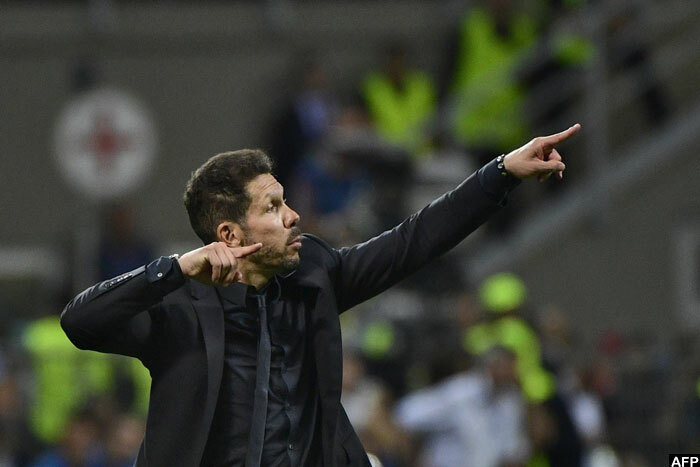 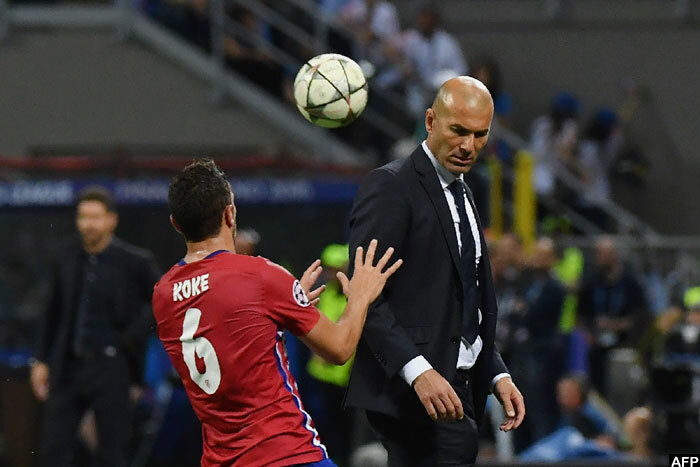