Who is Lt. Gen. Gutti the new Court Martial chairman?

He has also represented the Army in Parliament 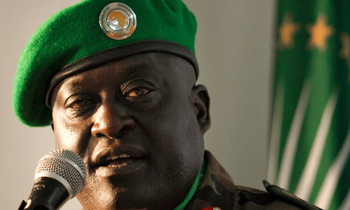 We take a look at his military career that has spanned over 30 years.

July 2004: Then holding the rank of Colonel, he was promoted to Brigadier and appointed Chief of Training. His appointment came after the General Court Martial had cleared him of charges of creating ghost soldiers on the army payroll as the Commanding officer of the 3rd infantry Division.

June 2005: He was sworn-in as Army MP in Parliament replacing Brig. Henry Tumukunde.

February 2008: He was promoted from Brigadier to Maj. General.

March 2012: He was promoted to the rank of Lieutenant General and deployed to Mogadishu as overall commander of the African Union Mission in Somalia (AMISOM) replacing Maj. Gen. Fred Mugisha. He was later succeeded by Burundian Lt. Gen. Silas Mtigurirwa in December 2013.