Judith Kyasimiire Beingana is suspected to be part of a criminal group in Mbarara. 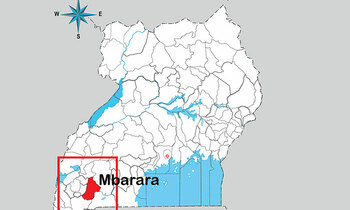 Mbarara police are holding a married woman accused of hijacking vehicles and also stealing a newly-born baby from its mother at a hospital.

The baby was reportedly stolen from its mother Phionah Akankwasa, at St Francis Hospital in Kakoba.

Both women claimed ownership of the baby girl. The case, which was before Mbarara Grade One Magistrate's Court, was later resolved after the results of the DNA test came out showing that the child belonged to Akankwasa.

Beingana had been on the run since until police arrested her at the weekend.

Vincent Ssekate, the Rwizi region police spokesperson, told Radio West that Beingana is also suspected to be part of criminals who rob cars in Mbarara town.