Meet the most powerful woman in football 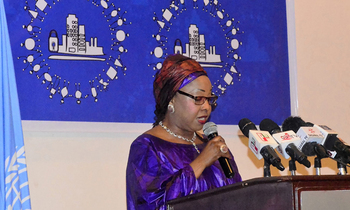 MEXICO CITY - FIFA named a Senegalese UN diplomat as its first ever female secretary general on Friday, a historic move announced at a congress that sought to relegate world football's corruption crisis to the past.

FIFA president Gianni Infantino made the surprise announcement in Mexico City that he had chosen 54-year-old Fatma Samoura, an outsider unknown to the football world, to be his deputy at the male-dominated organization.

"The congress of today demonstrates without any shadow of a doubt that FIFA is back on track," said Infantino, who was elected in February after his predecessor Sepp Blatter was brought down by the scandal.

"I can officially inform you here that the crisis is over and we are all looking forward to a great future," he said after vowing that FIFA would be "reborn".

Samoura, who has worked on humanitarian crises with the United Nations for 21 years, is currently based in Nigeria for the UN Development Program.

"We have to be serious when we say we embrace diversity and we believe in gender equality," Infantino said, describing Samoura as the "most competent" person for the job, with experience in managing big organizations. 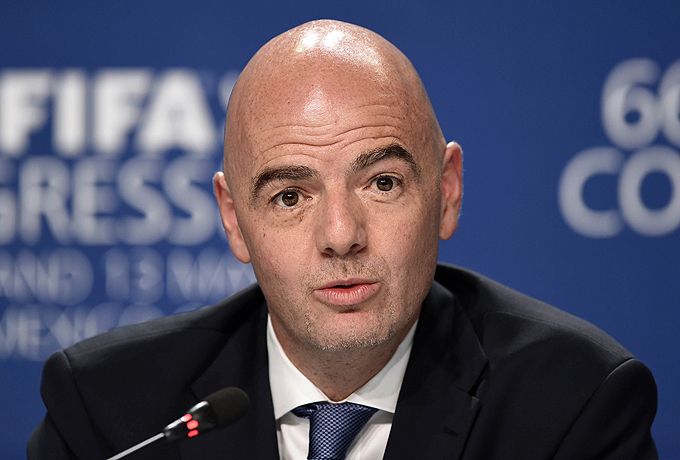 FIFA president Italian Gianni Infantino answers questions during a press conference at the end of the 66th FIFA Congress at the Centro Banamex in Mexico City on May 13, 2016.AFP PHOTO

"Today is a wonderful day for me, and I am honored to take on the role of FIFA's secretary general," Samoura, who has also worked at the World Food Program, said in a statement.

"I also look forward to bringing my experience in governance and compliance to bear on the important reform work that is already underway at FIFA."

The former secretary general, Jerome Valcke of France, was sacked in January and banned from football for 12 years over misconduct in television deals and World Cup ticket sales -- one of the many scandals that hit FIFA.

Germany's Markus Kattner had been serving as interim secretary general since then.

Infantino also welcomed the appointment of Canadian soccer federation chief Victor Montagliani as the new president of the North and Central American and Caribbean football confederation (CONCACAF), whose previous three leaders left office under the cloud of corruption allegations.

FIFA officials meeting in the Mexican capital formally implemented governance reforms that were adopted at an extraordinary congress in February.

The measures include term limits, transparency in salaries, reinforcing integrity checks of council members, and renaming the disgraced executive committee as the council and pruning its powers.

FIFA, meanwhile, resumed this week the process to select the host of the 2026 World Cup, which had been frozen since last year over claims of misdeeds in awarding the tournaments to Russia for 2018 and Qatar for 2022.

"After all the issues, or criticisms, or whatever, which happened around the last World Cup bidding process, it is absolutely crucial for FIFA's credibility that we have a bullet-poof bidding process in place for 2026," Infantino said.

On Monday, Infantino's former boss, Michel Platini, said he will step down as head of European football body UEFA after failing to overturn his ban from all football-related activity over allegations that he received a dubious two million Swiss franc ($2 million, 1.8 million euros) payment from FIFA.

In other decisions, the congress reinstated Indonesia in international competitions but maintained the suspensions of Kuwait and Benin over government interference in the sport.

FIFA also admitted Gibraltar and the former Serbian province of Kosovo, taking the world body to 211 members and entitling them to participate in 2018 World Cup qualifiers.

Serbia vowed to legally challenge the inclusion of Kosovo, a former province that declared independence in 2008, a decade after a bloody conflict.

FIFA's executive originally rejected Gibraltar's bid, but the Court of Arbitration for Sport (CAS) ordered that the congress take a vote on the British territory, which is also claimed by Spain.