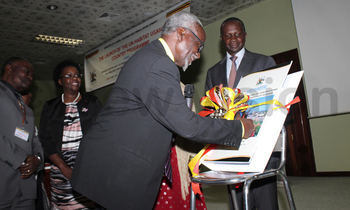 Government with support from the United Nations (UN) Habitat, an international agency responsible for cities and human settlements has developed a country programme for sustainable urban development in Uganda.

The five year programme dubbed 'Sustainable Urban Development Programme' worth sh1.3b is designed to unlock the development strategy that comes from coordinated investments in people and places and it will result in inclusive, resilient and livable cities and towns.

Christine Musisi the UN Habitat Director External Relations, representing the Executive Director said as the UN agency responsible for cities and other human settlements, the UN focal point for local authorities and the agency responsible for the implementation of Sustainable Development Goals (SDG) 11, the new habitat agenda and the urban dimension of Agenda 21, focuses on Urbanization.

According to Musisi, the agenda also identifies national urban development goals and priorities including shelter, land, urban governance and access to basic services.

"This marks a new deal for Ugandan cities and towns. It is timely, coming as it does on the heels of such a major decision by the world leadership on SDGs," Musisi said at the launch of the UN Habitat Uganda at Imperial Royale Hotel.

SDG 11 focuses on cities as hubs for ideas, commerce, culture, science, productivity, social development, among others.

The Millennium Development Goals also endorsed the 'cities without slums' which is an alternative way of mainstreaming the notion of urban and physical planning.

Unless they are well panned and well-built with environmental aspects in focus, cities will not be without slums and will continue to leave behind disastrous ecological footprint.

Explaining the impact of the programme, Migereko Daudi Migereko the Minister of Lands, Housing and Urban Development (MLHUD), said it will create better towns and cities, avoid development of slums and attract investments. 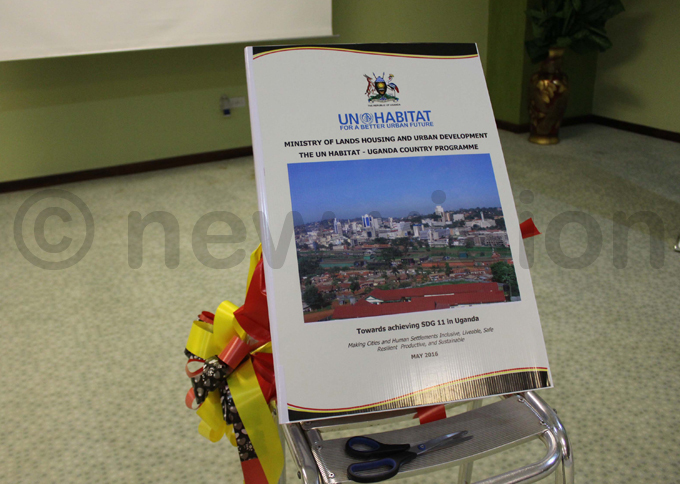 He also pointed out that the UN Habitat is providing a supporting role for women to undertake income generating activities in urban areas. Women play an important role in development but they are often left out in urban development because they lack capital and security of land tenure.

"The UN Habitat is also creating awareness about the land policy in relation to land titles," he said.

Uganda like many Sub-Saharan African countries is experiencing rapid urbanization. The country has a population base of 35million and a high population growth rate of 3.2percent making it one of the fastest growing populations in Africa.

This has serious implications in terms of demand for land, housing, water, health, education, jobs and urban services as well as impacts on the environment.

While Uganda still has a low level of urbanization (18.2 percent), it has a huge urban growth rate of 5.2 percent per annum. Most of this growth has been in secondary towns like Hoima-10.7 percent, Mbarara 8.6 percent and Mukono 10.4 percent, according to the Uganda Bureau of Statistics.

It is projected that by the year 2035, Uganda's population will have grown to 68.4million of which 30percent will be in urban areas.

In addition, the country's economic growth, averaging 6.7 percent over the last decade, supports the view that urbanization and agglomeration of people around higher order economic activity will occur.

"The policies we have developed such as the land policy, National Urban policy, housing policy and the associated laws will go a long way in strengthening the sector's contribution towards national development and enhance the country's competitiveness," Migereko said.

He however said Government continues to strengthen institutions for dealing with the challenges of rapid urbanization. 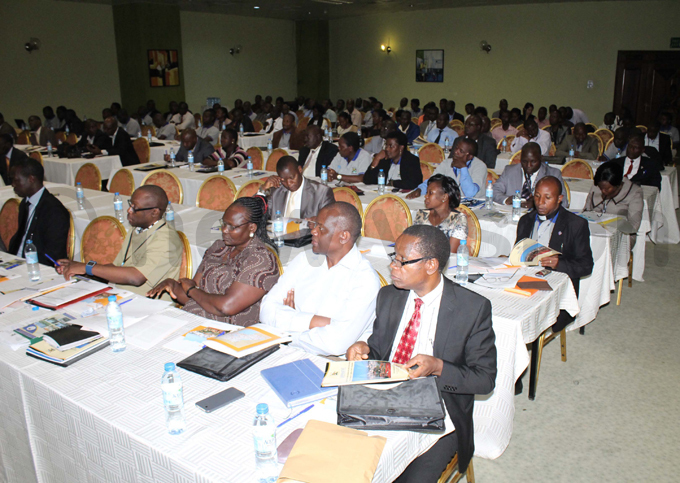 A cross-section of the delegates that attended the launch at Imperial Royale Hotel in Kampala. Photo by Tony Rujuta

Other sectors include privatization of urban development without providing public space and connectivity; weakness in administration, institutions, legal normative framework and overall planning; and weak coverage of basic infrastructure services, notably water, energy and sanitation, which makes it difficult to improve welfare in either urban or rural environments.

Rose Malango, UN Resident Coordinator for Uganda said as the population grows, many continue to migrate to urban areas and the reasons for this concentration include a large youth population yearning for urban settings.

"While there is a potential to tap from Uganda's youth, the urban population boom could pose massive development challenges, not least in terms of unemployment, reversing the gains achieved so far, if not managed in an integrated fashion," she said.

"Furthermore, as we all know, urban areas can be major sources of environmental pollution and degradation – yet we are also seeing many cities emerge as the new leaders in the fight against climate change. Managing urban areas is turning out to be one of the most significant development challenges of our time, and will shape the extent to which we succeed in achieving the new sustainable development agenda," Malango added.

She said implementing the programme requires a multi sector approach right from the lowest income level.

However Kirunda Kivejinja the third deputy prime minister and minister for East African Community (EAC) while launching the programme cautioned urban planners to understand the underlying problems in urban settlements, saying people who migrate to urban areas from rural areas anticipate leading better lives, only to find hazards there.