The city has suffered a severe shortage over the past few weeks which has left some districts without water for three to five days. 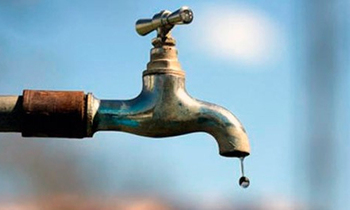 Burkina Faso will impose restrictions on water supplies in the capital Ouagadougou next week to tackle a serious shortage in the city of two million, officials said.

The city has suffered a severe shortage over the past few weeks which has left some districts without water for three to five days.

"The government has decided to alternate water supply every 12 hours in the capital to address the shortage of drinking water," water and sanitation minister Niouga Ambroise Ouedraogo told reporters.

Hamado Ouedraogo, head of the national water and sanitation office, told AFP that from Tuesday supplies would be alternated between different parts of the city.

A water shortage that began in 2013 had worsened due to exceptionally hot weather this year, with temperatures up to 45 degrees Celsius (113 degrees Fahrenheit), and a growing population, Hamado Ouedraogo added.

The water office has also taken "emergency measures" to rehabilitate public wells in the city.

The government also intends to increase the production capacity of the Ziga dam 30 kilometres (20 miles) north of Ouagadougou, the main source of drinking water for the capital.

The poor and landlocked Sahel country is largely dependent on rainfall for agricultural needs and drinking water.