The year before, funds had been raised for celebrated NTV news anchor Rosemary Nankabirwa for a similar initiative. Although, almost all the required funds were raised, Rosemary passed away. 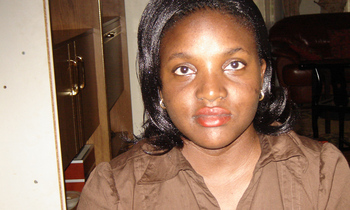 On Saturday, April 23, 2016 all roads led to Panamera car park for the #SaveCarol (Atuhirwe) fundraiser. Carol is suffering from and lung and throat cancers. On Saturday, well-wishers raised shilling 53 million towards the effort to send her abroad for further treatment in America. More money is yet to be raised I wish her the best on her road to recovery.

The year before, funds had been raised for celebrated NTV news anchor Rosemary Nankabirwa for a similar initiative. Although, almost all the required funds were raised, Rosemary passed away. Some Ugandans have viewed these kinds of fundraising activities as a challenge our health system is still facing for not being able to provide these specialized services at home.

On numerous occasions, I have opened the newspapers and found a public appeal for funds from a critically ill patient who urgently needs funds to go abroad (say to a country like India) for specialized treatment that is not available in Uganda. It is no secret that the rich and connected go abroad for specialized treatment in expensive foreign hospitals. Yet, established institutions like Makerere University churn out accomplished doctors on an annual basis.  This obviously points to the fact that we are lacking specialists in Uganda. So, where have the specialists gone? A few of them have chosen to remain in Uganda; however, many have gone abroad to ‘greener pastures' mostly for better pay.

To get a glimpse of what these specialists do, I highly recommend watching an American program called, ‘Untold Stories of the E.R.' I watch it on GOtv. This program re-dramatizes real-life threatening situations as the doctor narrates, to the audience, in detail how he or she fought against the clock to save the life of a patient who was either critically ill or injured. I find this program fascinating because it shows the dedication of these specialists and their commitment to saving lives.

One of my workmates has often told us a story of how one of her relatives, who fell ill, flew abroad to South Africa for specialized treatment. Once he arrived in South Africa, this relative was told to wait for his doctor to jet into the country and, lo and behold, the specialist he found in South Africa ended up being a Ugandan doctor!

Therefore, why don't we prioritize bringing experienced Ugandan health specialists back home, who have acquired years of experience abroad? Many Ugandan specialists have acquired years of experience in foreign, well-established hospital that is much needed at home. Say, for example, if Government set out with incentives such as, an attractive pay package and acquired the kind of specialized, reliable equipment that these specialists need in the operating theatre; plus prioritized attracting at least 5-10 medical specialists back home a year as their goal, Uganda's health sector would slowly turn around and fewer patients would have to fly abroad for treatment.

Secondly, proposed health reforms need to be implemented as soon as possible to make practicing medicine as lucrative as possible. For starters, the recent appeal by medics, under the Uganda Medical Association, to have taxes on their medical allowances scrapped should be put into consideration.

I respect Dr. Diana Atwine, the director of the Health Monitoring Unit, a State House Department for being very passionate about revamping Uganda's health sector; in much the same way that Florence Nightingale turned around the nursing profession in England in the 1800s. Atwine, earlier this month made some suggestions for health reforms before the parliamentary committee on health. These are improve supervision to improve service delivery, tracking devices on ambulances to prevent siphoning of fuel at washing bays, and biometric reporting of staff at health centres to stop absenteeism. At the same meeting, Dr. Chris Baryomunsi, State Minister of Health for General Duties, said that in order to weed out quack doctors, they plan to introduce a final exam that all graduate doctors must take before they swear the Hippocratic Oath.

In Jesus' time, there was a popular proverb he quoted in Luke 4:23, ‘Physician,heal thyself.' In conclusion, I believe Uganda's health sector can cure itself once these redemptive measures are applied.