The UN says South Sudan ranks "lower in terms of human development than just about every other place on earth". 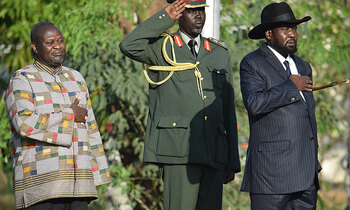 South Sudan's rebel chief Riek Machar finally returned on Tuesday to the capital Juba, where he was sworn in as vice-president of a unity government formed to end more than two years of civil war in the world's newest country.

His return, delayed by a week, is seen as a crucial step towards cementing a fragile peace deal brokered in August 2015.

The conflict in South Sudan, which won independence from Sudan in 2011, has pitted government troops loyal to President Salva Kiir against those of Machar, who was sacked as vice president five months before the war began in December 2013.

Tens of thousands have been killed and more than two million people forced from their homes.

The UN says South Sudan ranks "lower in terms of human development than just about every other place on earth". 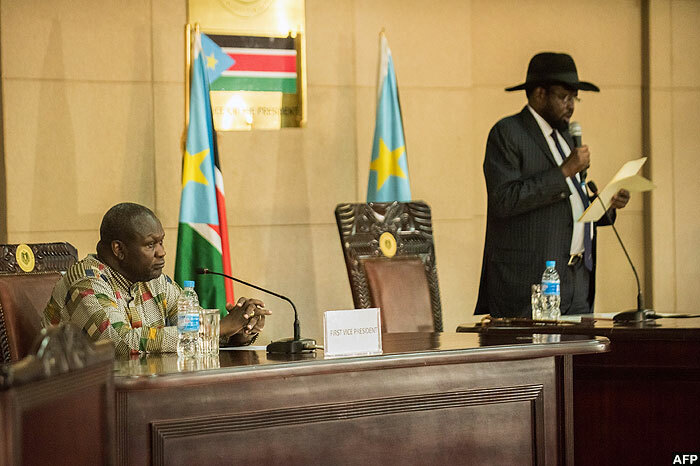 Here are key events in the war.

December 15: Heavy gunfire erupts in Juba, where tensions have risen since July when Machar was fired as vice-president. Kiir blames Machar for an attempted coup, but Machar denies this and accuses the president of purging his rivals. Fighting spreads and rebels seize key towns.

January 10-20: Uganda sends troops to back Kiir. Government troops recapture the northern city of Bentiu, capital of oil-rich Unity State, and Bor, capital of the eastern state of Jonglei.

April 15-17: More than 350 civilians are massacred in Bentiu and Bor, according to the UN.

August 26: A UN helicopter is shot down, with three onboard killed. Each side blames the other.

February 1: Kiir and Machar sign a new agreement to end the fighting, the latest in a series of deals. Like the others, it is broken within days.

July 2: UN and US sanctions decided against six leaders from both sides.

August 26: Kiir signs the peace accord, but issues a list of "serious reservations". Fighting continues.

November 5: UN experts warn that killings, rapes and abductions continue and that both sides are stockpiling weapons. Over two dozen armed groups are involved in fighting characterised by shifting alliances, opportunism and historic grievances.

November 27: Some 16,000 children have been forced to fight, amid a growing humanitarian crisis, the UN says. More than 2.8 million people, almost a quarter of the population, needs emergency food aid.

February 8: UN agencies warn at least 40,000 people are being starved to death in the war zone, with rival forces blocking aid.

April 26: Machar returns to Juba and is sworn in as vice-president.

UN Secretary-General Ban Ki-moon calls for a new unity government to be immediately set up.