Kafu, where cassava is 'softer than hot bread'

A vendor emerges from a grass-thatched shelter displaying her goods: milk-white tubers of cassava. 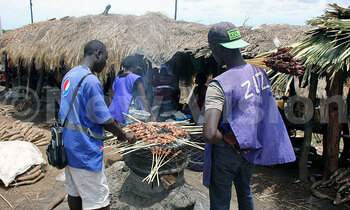 Does lunch-time find you on the road today? Or betterstill, does it find you on your way to either Masindi or Gulu on this fine Wednesday afternoon? Titus Kakembo stopped over at an eating point that you too, might want to try out. He writes  . . .

Forget those fancy take-aways in downtown Kampala City. There is one on River Kafu called Kafu where travelers stop over to munch and have a health break. The menu is countable on the fingers of one palm. And it is verbal.

Once the bus, van or bike grinds to a halt, attendants wearing gowns besiege it. They shove the shimmering skewers of nyama choma (beef roast) right in the faces of unsuspecting travelers. So close to the face that it could even make contact with the lips. 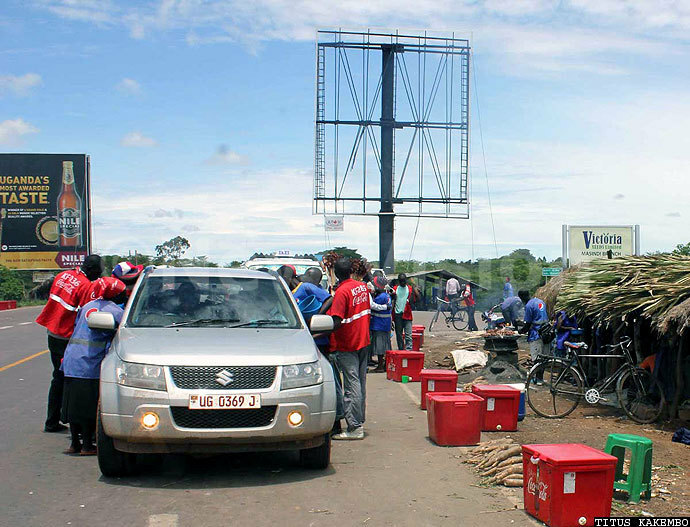 Another displays a sweating cold soda. This scene makes many thirsty and hungry. They dig in their wallets and part with some shillings.

"Ghost meat!" shouts one aggressive vendor. He means goat's meat but it rolls off his tongue differently. "We even have pairs!" he quickly adds, meaning goats' balls. Around there, everybody calls them ‘pairs'.

How much do the ‘pairs' cost, I ask. Sh3,000 is what you have to part with for a pair. But you have to be there early in the morning as the demand is high.

"Better than boiled eggs. But they rejuvenate nguvu ya chuma (libido)," he whispers, somewhat bashfully.

"Local chicken roast - tasty!" squeals another. "I can bring you gizzard and liver too."

"Soda baridi!" announces another hawker, who is determined to quench your thirst with an ice-cold soda.

Amid that busy atmosphere, another female vendor emerges from a grass-thatched shelter displaying her goods: milk-white tubers of cassava.

"Softer than hot bread!" she sings.

"It is ready for eating even if it is still white in color!" she goes on.

Destined to Murchison Falls National Park, I parted with sh2,500 to sample the cassava prepared in northern Ugandan style.

True to her word, the cassava is so tender one does not need to chew but just swallow. Some consumers split the steaming cassava and butter it with groundnut or sesame butter. It is often washed down with a bottle of water, soda or beer. 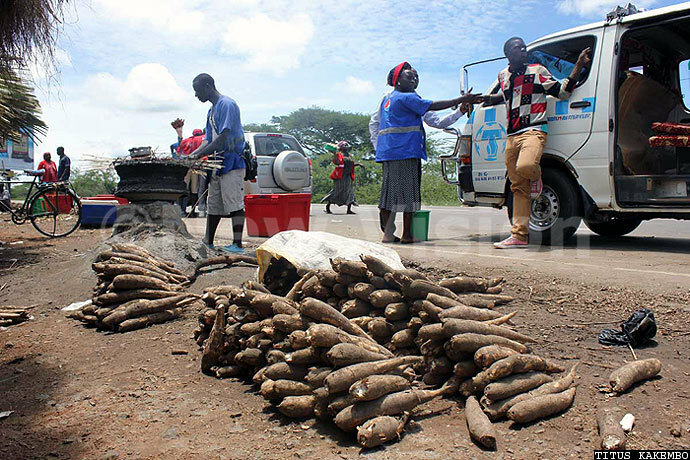 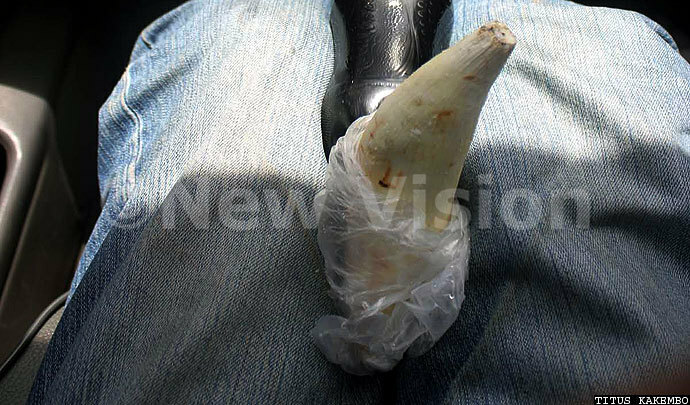 A story is still told of a man who ordered a big tuber and begun wolfing it in haste. Unfortunately he never had money to buy a drink. Like luck would have it, he was traveling with a breast feeding mother. She fell asleep and left her breast in the mouth of the baby.

As the cassava choked the old man, he glanced at his neighbor and realized she was asleep. He fumbled to grab her breast and begun suckling. Unfortunately his thick beard woke her up.

"Nyako I was dying!" he admitted, according to the story. "I had no choice but to help myself to your breast since the baby was asleep."

There were no hard feelings, save for being woken up by a bushy beard spiking her nipples.

Story aside, try out that delicately-roasted tender cassava at Kafu.