League matches called off to allow U17s prepare for Rwanda

The winner over the two legs will meet Egypt 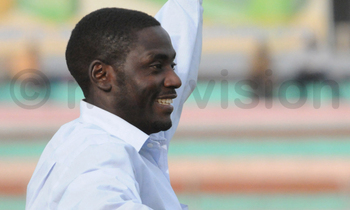 There is some respite for coach Kefa Kisala in the U20 national football team camp after FUFA and Azam Uganda Premier League agreed to call off Friday's fixtures to focus on the 2017 African Youth Championship qualifiers.

Although only Mohammed Shaban of Onduparaka FC appeared for training at Lugogo on Tuesday, Kisala said he is optimistic to get all his charges ready for the return leg against Rwanda at Namboole on Saturday.

"Rwanda is doing a long term plan and so they have good funding. They are more organised in preparations than us. That does not scare us because our players are more talented than them," Kisala said after training.

A day after Kisala expressed worries, his confidence has returned because he expects players from BUL FC, Vipers SC and URA FC to join the camp today. The team starts with a friendly match against Bright Stars FC U17 team at Lugogo tomorrow.

The Friday league match involving URA FC against SC Villa  has also been called off to give the summoned players who had stayed at their respective clubs chance to show up for final training with the team.

Meanwhile, Vipers FC U17 league striker Laurent Iradukunda has joined the Rwanda team that is expected to arrive in Uganda tomorrow night the Uganda Hippos will go into residential training at Mandela National Stadium hostels.

The winner over the two legs will meet Egypt in a two legged match in the next round next month to determine who qualifies for finals of the Youth Championships to be held in Zambia in February next year.