"We are okay and we didn't get hurt," Nsamba told New Vision. 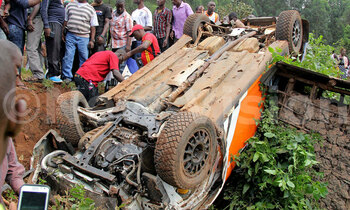 KABALE - The crew of Adam Rauf and Aaron Nsamba in a powerful Mitsubishi EvoX were the first casualty of the Gorilla in the Mist Rally in Kabale when they rolled and tipped at a corner.

Both driver and co-driver survived no injuries.

"We are okay and we didn't get hurt," Nsamba told New Vision, before Rauf shared the same sentiments after the crash.

They were in the first section of the rally in Rutooma village approaching Bunyonyi Flying Finish.

The event is going on with drivers battling it out in the first sections which feature the Lake Bunyonyi section.

Meanwhile, Ronald Ssebuguzi also encountered some mishap along the way.

Inthe first section at the Flying finish, he suffered a tyre problem, and his machine heated up, with smoke billowing from it. But the fire was quickly put off.

Rauf and Nsamba (right) said they were "okay" after the accident 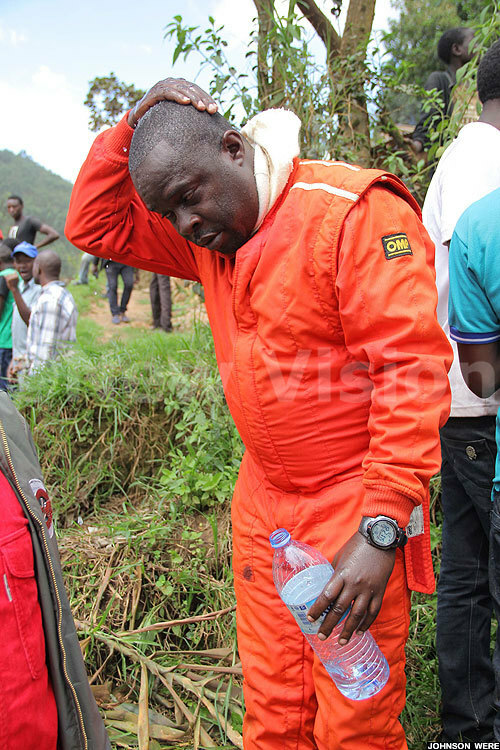 PHEW! Nsamba had to cool off