MPs have been called on to come up with laws that would deal with bad debtors. 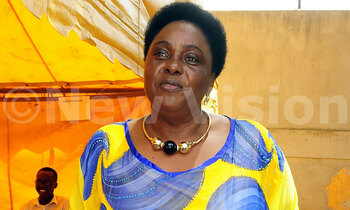 Government has been challenged to enact laws that help SACCOs to eliminate bad debtors who have become a hindrance to the development of SACCOs in the country.

The call was made by Ham Mbamanya, the chairman board of Kyabugimbi People's SACCO.

This was at the SACCO's annual general meeting held at Kyabugimbi sub-county headquarters.

According to Mbamanya, many SACCOs are struggling with people who have taken loans but do not want to pay back.

He wants MPs to come up with stringent laws to help financial institutions deal with such people.

In her remarks, security minister Mary Karooro Okurut assured SACCOs of continued government support through boosting of their financial base with funds at low interest rates.