The meeting was called to find solutions to problems between street vendors and Kampala City Traders Association (KACITA) traders.

The issues stem from the fact that KACITA traders operate licensed businesses while street vendors do not pay licenses.

According to one of the street vendors' chairperson, Sulaiman Male, the exercise will help the KCCA to know the exact number of vendors operating in the city center and will also help vendors to get recognized by the government as business people.

KCCA officials are escorted by police officers led by assistant superintendent of police Jeff Sebuyungo as they carry out the exercise. 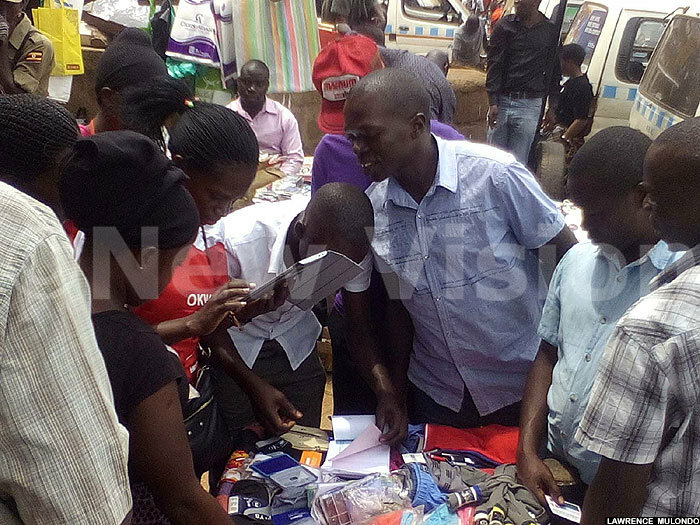