"We've seen a big change in the way the world sees the United States under Obama," 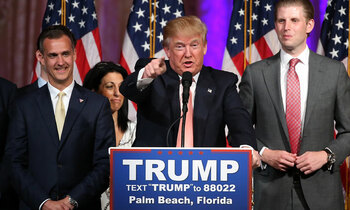 Barack Obama has warned that the 2016 White House race is damaging America's image abroad, sounding the alarm on harsh campaigning that risks eroding gains made during his presidency.

Lashing out at "vulgar and divisive rhetoric" in the race to replace him, Obama told a bipartisan group of lawmakers on Tuesday: "This is also about the American brand."

"We have heard vulgar and divisive rhetoric aimed at women and minorities -- at Americans who don't look like 'us,' or pray like 'us,' or vote like we do," Obama said, with Ireland's Prime Minister Enda Kenny at his side.

"This is also about the American brand. Who are we?  How are we perceived around the world?" he asked. "The world pays attention to what we say and what we do."

Obama came to office when America's image was battered by the war in Iraq and George W. Bush's global unpopularity. 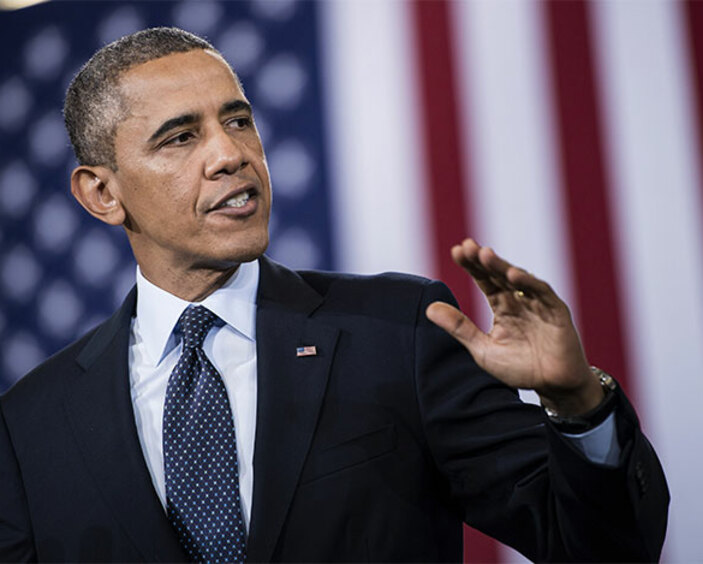 "Overall attitudes across the globe towards the US are a lot more positive today than they were during the George W. Bush era," he said, while noting the trend is not universal.

Improving America's image has been a major boon for Obama's presidency, giving him leverage with leaders keen to be seen with him.

From Indonesia to Ghana, it has also afforded Obama room to bypass the government and appeal to citizens directly.

But Trump's rhetoric and his rise -- bolstered by wins in Illinois, North Carolina and Florida on Tuesday -- has put the longevity of that trend in doubt.

- 'From puzzlement to bemusement' -

US officials now report an "intense focus" from partners on the 2016 presidential campaign and a "laser-like focus on the Trump campaign."

"It's a new element that we find ourselves meeting virtually every time we meet with foreign counterparts," said one administration official on condition of anonymity.

"They want to know what exactly is going on. Are these people serious? What does this mean for our bilateral relations. It ranges from puzzlement, to bemusement, to genuine concern."

"The idea of Trump's campaign making it all the way to the Oval Office is not something some of our counterparts have responded too fondly to."

Trump's promise to build a wall on the Mexican border and "make" Mexico pay for it has already elicited angry public responses.

The UN High Commissioner for Refugees, Filippo Grandi, on his first visit to Washington since taking up the post, also voiced disquiet on the debate over migrants.

"This is a very important part of US leadership in the world," he told reporters Tuesday. "So, since every candidate is talking about US leadership, this is part of it."

Dan Restrepo, who for six years was Obama's top advisor on Latin America, said that "a president Trump would obviously have profoundly negative implications for relationships in the Americas."