With 3.18 million votes from Sunday's election counted -- representing a little over 40 percent of the 7.5-million strong electorate -- the 63-year-old incumbent had just over 46 percent 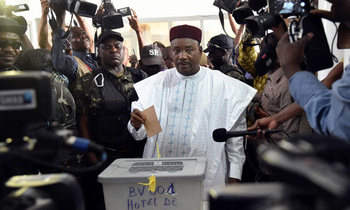 Niger's President Mahamadou Issoufou enjoyed a strong lead Thursday in his quest for a second term as leader of the uranium-rich west African nation, according to partial results from elections that the opposition has slammed as rigged.

With 3.18 million votes from Sunday's election counted -- representing a little over 40 percent of the 7.5-million strong electorate -- the 63-year-old incumbent had just over 46 percent, well ahead of his closest rival, detained former parliamentary speaker Hama Amadou.

Amadou, who is behind bars on baby trafficking charges he says were concocted to thwart his presidential ambitions, had garnered only just over 16 percent, while former prime minister Seini Oumarou had about 11 percent, the electoral commission said.

Issoufou's aides told AFP they were confident the man nicknamed the "Lion" would make good on his promise to deliver a "knockout blow" to his opponents in the first round. 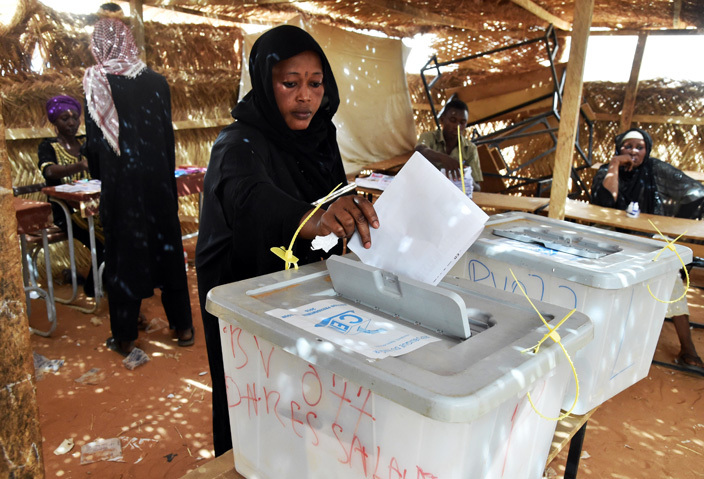 A woman casts her vote at a polling station in Niamey during the country's presidential and legislative elections on February 21, 2016.

They said that ballots still being counted in his western stronghold of Tahoua would likely tip him over the 50-percent score needed to avoid a run-off.

The final score could be announced later Thursday, electoral officials said. Turnout in the areas that have announced results so far was over 67 percent.

The opposition has on Tuesday already declared it would not recognise the result, saying the election was rigged in Issoufou's favour.

"Clearly, everything has been organised for a first-round win (by Issoufou). The official results have yet to be announced but it's so obvious," Amadou Boubacar Cisse, one of his challengers, told AFP on Thursday.

A total of 15 candidates ran for president of the vast impoverished country on the edge of the Sahara Desert, which has been rocked over the past year by attacks by Boko Haram jihadists operating out of neighbouring Nigeria. Voters also cast ballots for members of parliament.

The African Union, which deployed 40 observers, said it was generally satisfied with the organisation of the vote despite delays in some areas caused by logistical glitches. 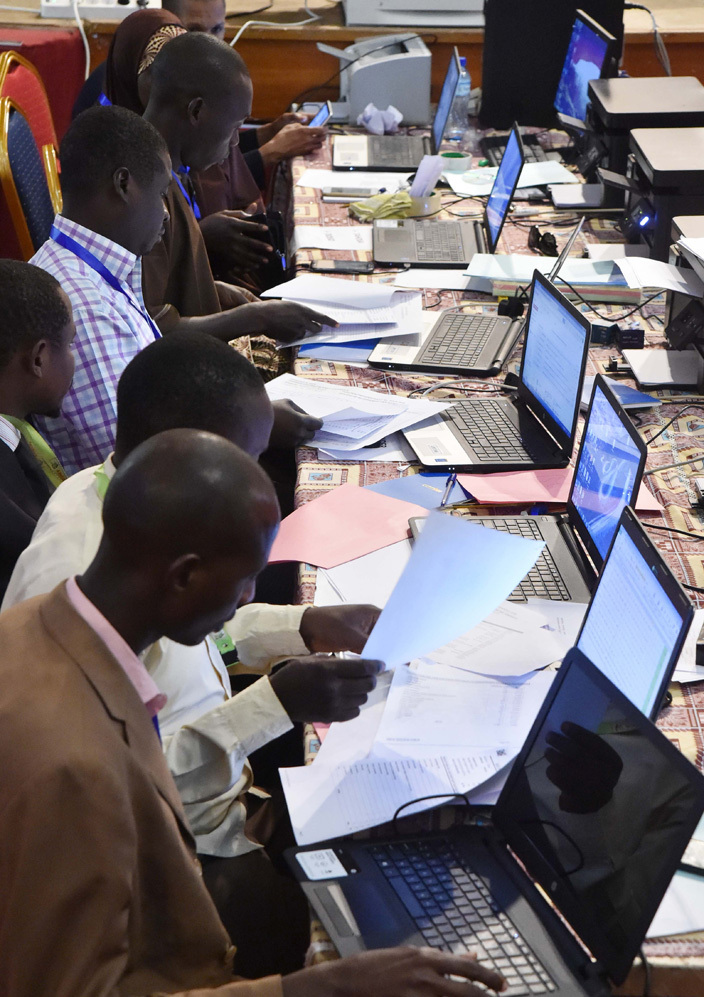 Niger's Commission electoral indenpendante (CENI) technicians check the results of the presidential election on February 22, 2016 at the palais des congres in Niamey, a day after the country's 1st round presidential and legislatives elections. ISSOUF SANOGO / AFP