Hail to Jim Muhwezi for doing the unthinkable

A lone voice has come out to accept the people's verdict. That of Jim Muhwezi. Muhwezi has done what is unthinkable in Uganda politics: to accept, concede defeat and congratulate the opponent. 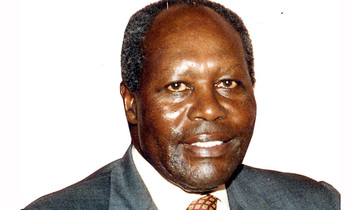 The Presidential and Parliamentary elections are over. Those who won call it free and fair elections.

Those who lost call it a rigged full of shambles, intimidation and certainly not free and fair election.  The courts all over the country will be full of election petitions.  Nobody ever loses elections as such.  There is always a sinister reason.

A lone voice has come out to accept the people's verdict.  That of Jim Muhwezi.  Muhwezi has done what is unthinkable in Uganda politics: to accept, concede defeat and congratulate the opponent.

In Uganda, elections are wars.  You are not just competing for the votes from the electorate; you are enemies.  You do not lose elections your opponent rigs, steals, buys, cheats or uses some other super natural powers to deny you victory.  Going to Parliament means money.  It is understandable, if your salary is sh400,000 only per month and you get elected to Parliament and your monthly income jumps to sh20m per month,  plus allowances.

Would you want to go back to earning sh400,000 a month, minus the title honourable?  "NO", not likely.  You have to fight tooth and nail to keep the sh20m.  Where else can you get that pay, working three days a week - Tuesday, Wednesday and Thursday?  Which company would pay you as a senior executive for that kind of output of work?  None.  Only in Parliament do you get such freebies.  That is why we will do whatever it takes to go and remain in Parliament.

Risking the wrath of the women representatives, since 1996, how many private members Bills have been introduced in Parliament by a female member for the benefit of women?

This article is about Jim Muhwezi.  The day we will go to Parliament not for what we can get out of it, the day we will lose elections and accept the results, the day we will congratulate our successful opponents and accept that they are only our competitors and not our enemies, will be the day true democracy will have come to Uganda. By the look of things, this is a long way  away.

That is why Jim Muhwezi deserves a pat on the back.  He has done the unthinkable.

The writer is a senior citizen