Over 700 pupils and teachers of Bishop Central Primary School in Mukono Municipality are stranded after Mukono Diocese closed their school.

The school was closed last year in November as it closed the third term on the directives of Bishop James Williams Ssebaggala of Mukono diocese, saying the diocesan Synod had agreed upon that stand.

In the same locality at the diocese's headquarters, Church of Uganda has three primary schools of Bishop West, East and Central. 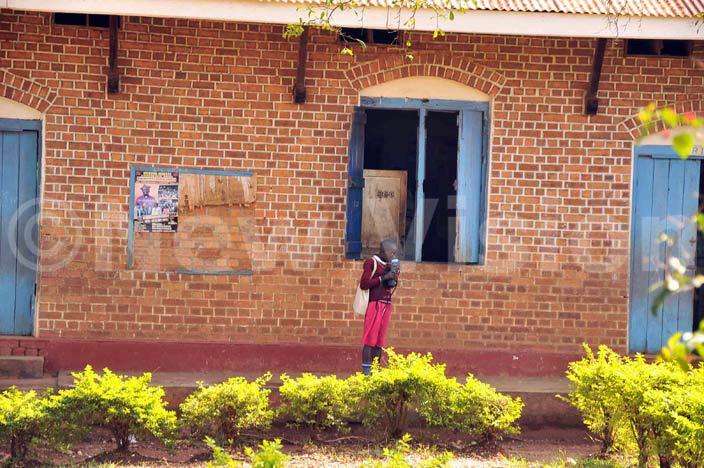 A pupil and a parent at Bishop Central P/S after getting information of its closure by the church. Photo by Henry Nsubuga

Bishop Ssebaggala said he was forced to reorganise the administration of these schools which were started in 1910 following their poor performances over the years.

"I co-joined Bishop East and Central to become one day school and Bishop West to become a boarding school. We had no need of keeping in place three day schools in the same locality which were poorly performing," said Bishop Ssebaggala in a parents and teachers meeting on January 18, at Bishop West Primary School.

However, the parents and teachers of Bishop Central did not attend this meeting.

Many of the pupils together with their parents who had turned up on Monday as the term opened found a bishop's directive ordering them to either join Bishop West for boarding section or Bishop East for day section. 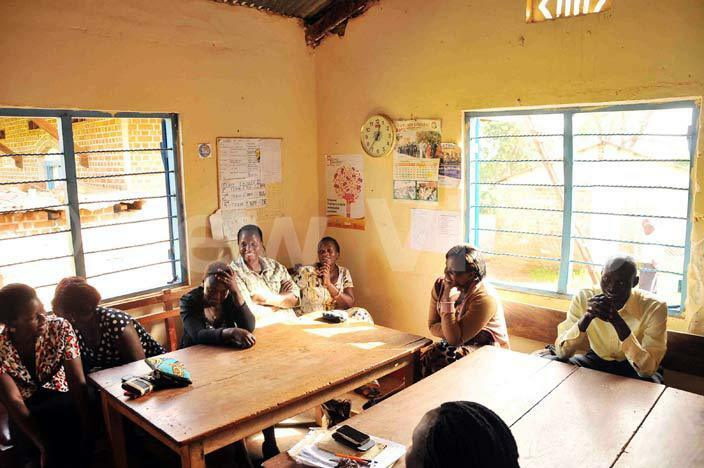 Some of the teachers redundantly seated in the staffroom after the diocese closed their school and pupils who had turned up for the term were sent away by Rev. Canon Kisekka.

While reporting to the Municipal Town Clerk, Innocent Ahimbisibwe who visited Bishop Central P/S, the head teacher, Alice Nakandi said that pupils had reported on time but were chased away by Rev. Canon Stephen Kisekka who told them that the school had been closed.

Nakandi said that the school enrolment stands at 704 pupils with 15 teachers.

Some of the teachers who preferred anonymity said they had not been served with any official document showing that the school had been teaching was closed.

"We came knowing that it was business as usual only to find Canon Kisekka chasing away pupils claiming that the school had been closed. We were shocked!" said one of the teachers who were found stranded in the staffroom.

However, the town clerk said the diocese had no powers of closing a government school minus following the right procedure.

"The Bishop came to us and we directed him on what to do if they wanted to implement their plans. Unfortunately they had to do otherwise and we cannot just sit back and see the innocent Ugandan children being denied their right to education," he said.

Ahimbisibwe said that Bishop East School, which has over 400 pupils, cannot accommodate the over 700 pupils from Bishop Central and some from Bishop West according to the available resources including the classrooms.

"The church shouldn't be money minded and forget thinking about the sorry state of the parents in the nearby locality. Not all parents can afford the money they are asking for at Bishop West because it has been a UPE school," he said.

He added that the council session must sit and the resolution to close the school be tabled and be discussed upon by the councillors.

Ahimbisibwe also said that they must first get where to take the teachers and the head teacher in the school to be closed to avoid legal implications if it is just closed minus giving them where to work from.

He asked parents to take their pupils to Bishop Central school and also day scholars to be admitted at Bishop West primary school.

Some parents who had brought their children for school urged that they did not get a prior notice about the Bishop's decision.

Canon Kisekka said they had talked to the parents before and organised them for the move. He also added that they had gone through all the required protocols to start a boarding section and close the school.