The commemoration of Archbishop Janani Luwum will focus on a non-violent and peaceful Uganda, and a Uganda that respects the life and dignity of every person 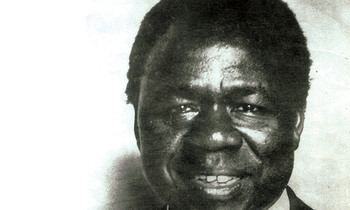 The Church of Uganda is set to hold special prayers for peaceful national elections, as part of the activities to commemorate the Janani Luwum Day on Tuesday next week.

Government this week designated February 16 a public holiday in honour of former Church of Uganda Archbishop Janani Luwum, who was killed during Idi Amin's reign on February 16, 1977.

"Our theme for the commemoration is ‘Jesus our Peace.' It is taken from Ephesians 2:14, which says, "For [Jesus] Himself is our peace, who has made the two groups one and has destroyed the barrier, the dividing wall of hostility," Ntagali said.

In a statement issued by the Rev. Canon Dr. Alison Barfoot, the commemoration of Archbishop Janani Luwum will focus on a non-violent and peaceful Uganda, and a Uganda that respects the life and dignity of every person, which  the church said was one thing that was close to Luwum's heart.

The celebrations will be in different churches around the country, but the main service to remember the Archbishop, will be held in Mucwini, Kitgum district.

"It will be the first time it has been celebrated on a public holiday and comes only two days before national elections. Archbishop Stanley Ntagali will be the preacher and the President has been invited to be the Guest of Honour," read the statement.

Quoting Archbishop Ntagali, the church noted that Archbishop Janani Luwum's martyrdom had the power to bring together a country as diverse as Uganda.

"We have the opportunity two days before casting our ballot to slow down, pause, and remember the cause of ‘God and my country' for which Archbishop Janani Luwum died. We need this reminder of the bigger issues before us of harmony and truth, unity and respect for one another, and a non-violent and peaceful Uganda. This is what Archbishop Janani Luwum demonstrated in his life," stated Ntagali.

Luwum was the third Archbishop of the Church of Uganda, Rwanda, Burundi, and Boga-Zaire.  In 1977, he was arrested on false charges by former President Idi Amin Dada.

Later that day, he was brutally shot and killed in an attempt to silence him and all the religious leaders who challenged Amin on a number of issues, especially calling on him repeatedly to respect the value of life.