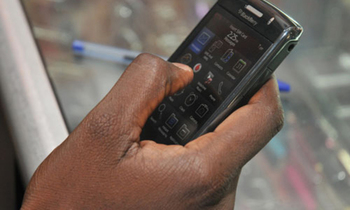 Police in Kabale has arrested five suspected mobile money fraudsters including a woman all from Bakuli, a Kampala suburb for allegedly defrauding Kabale town residents.

The five, according to Elly Maate, the Kigezi region police spokesperson had been around Kabale conning people that they are businessmen dealing in gold and other precious stones.

"We have got convincing evidence that a group of them have been conning mobile money joints into making losses over fake deals in Kampala," he said quoting various police files in Kampala.

It is alleged that the five have been using different tricks to cause financial losses and were using a Toyota Nadia vehicle registration number UAN 866H by the time they were netted in Kabale.

Their luck run out when they defrauded a one Nicholas Byaruhanga's mobile money joint telling him that he should load for them sh3.5m promising to pay him back after selling gold.

Byaruhanga loaded the money shortly and was given fake gold which he later recognized as fake before making an alarm.

He reported to police before calling the MTN customer care line seeking to block the transaction.

Maate added that the fraudsters were tracked using their mobile phones leading to the arrests saying that the five shall be produced in court to answer charges accordingly.