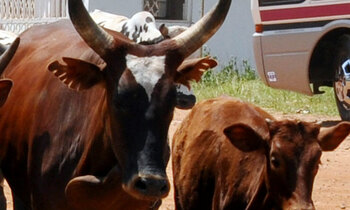 KABALE - Two people including a Rwandan national aged 30 have been arrested by police in Kabale for allegedly being in possession of suspected stolen animals.

John Bosco Tumwiine, a resident there said the duo was allegedly found with six cows in Kibonywa cell, Rubare in Ntungamo district transporting them to Rwanda without relevant documents.