Rwandans have clarity of their democratisation process

In Rwanda, we want to avoid the bad examples which we have witnessed. We are clear that we must build a strong and sustainable state. 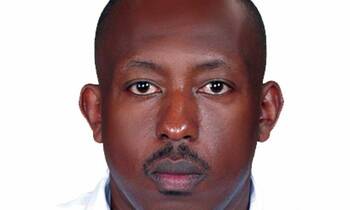 Last year, Rwandans expressed their will in a referendum to amend the Constitution to allow President Kagame to offer himself for election in 2017.

In the period leading to the referendum and after, the US and the European Union claimed that the constitutional amendment undermined democratic principles.

After President Kagame announced that he would heed the call of Rwandans and offer himself for reelection come 2017, John Kirby the spokesman of the US state department said that the US was  " deeply disappointed" with the decision.

He went to say that "With this decision President Kagame ignores a historic opportunity to reinforce and solidify the democratic institutions the Rwandan people have for 20 years worked so hard to establish.

The United States believes constitutional transitions of power are essential for strong democracies and that efforts by incumbents to change rules to stay in power weaken institutions. We are particularly concerned by changes that favour one individual over the principle of democratic transitions"

I have pondered over the reactions cited above and found that the concerns raised are unwarranted.

The constitutional amendment did not undermine democratic principles and the institutions Rwandans have been working hard to build over the last 20 years will be solidified as a result of the amendment.

What Rwandans expressed on 18th December 2015 will strengthen Rwanda's democracy rather than undermine it.  This is due to the following:

First, the factor that will always undermine democracy irrespective of whether term limits exist or not is weak, parasitic and corrupt states. Such states are solely for the benefit of few elites and fail to work for the good of the entire population.

This happens in spite of which leaders are in public office and is a mockery of democracy. When citizens in any country go to the polls, what they are looking for is a government that is transparent, accountable, delivers its promises and gives its people a voice.

This cannot be achieved when the state is ineffective, corrupt and weak.  We are not short of examples of countries which have been lauded as mature democracies in Africa but which have failed to bring about the changes in the lives of their people.

In such countries, in as much as the leaders do change from time to time, they fail to deliver to the expectations of the electorate because they continue to preside over ineffective and corrupt states irrespective of who they are and which political parties they hail from.

In Rwanda, we want to avoid the bad examples which we have witnessed. We are clear that we must build a strong and sustainable state. We on course to institutionalize the culture of a state that safeguards the interests of our society.

It is not in dispute that a culture evolves gradually over time. It will require doing the right thing over and over again. We sought to avoid the disruption of a process that is certain to achieve the quality of state we want for ourselves and one to bequeath to future generations.

The constitutional amendment was influenced by this long term goal.

Secondly, we are in agreement that term limits have their value in a democracy and this is why we provided for them in the 2003 constitution and retained them in the recent amendment.

However, we recognize that they will be even a more useful tool once the state has matured. Therefore, the democratization trajectory in Rwanda has prioritized the design and construction of a state that will support the governments of the future as they change from time to time.

President Kagame's leadership is very a critical factor towards this end.

Accordingly, it is an over simplification of the aspirations of Rwandans to assert that the amendment had the objective of favoring one individual over democratic institutions.

Instead, it has a wider strategic objective of the Rwandan people.
President Kagame is not your every Tom, Dick and Harry. He has proved to be a visionary leader of fine intellect, resolve, courage and character.

He has presided over the most impressive turnaround of a state in contemporary times. For us Rwandans, he represents the critical juncture in our history that will enable us to leap frog into the modern society we aspire for.

He has been the nucleus around which the democratic institutions in our country are galvanizing. We recognize that if he leads us beyond 2017, we will have the opportunity to fortify the state thereby making the transition to the next leaders seamless.

As Rwandans, we have clarity of where we are heading. The referendum held on 18th December 2015 was a critical step in the right direction. As for our  friends in the west and elsewhere, we are on the same page regarding the end result.

Where we disagree is on the path towards it. This should not be a cause for alarm. After all, there is not a single country that has done it like the other.  As long as a system is delivering for its people, democracy will be on the right track.

In any case, everywhere democracy is always a work in progress. No country can ever claim to have perfected it.

The writer is a lawyer based in Kigali, a fellow of the Africa Leadership Initiative and the Aspen Global Leadership Network