The chassis is made of steel, its aisle of sheet metal and it also has pipe elements and square sections.


The bus, code-named ‘Kayoola', is a 35-passenger bus with power banks, which give it a range of 80km when fully charged. It also has solar panels on its roof, which give it a daily range extension of 12km.

"This is typical for the Ntinda, Bukoto, Kampala Road and Nakawa Ring Road, and it can be done for eight rounds a day," said Paul Musasizi, the KMC chief executive officer.

Musasizi said the project which started in 2011, was initiated to explore the possibilities of using solar technology to support the mass transportation that Ugandans commonly use.

"We wanted to investigate those opportunities, particularly because Uganda being one of the 13 countries positioned along the Equator, gives us about eight hours of significant solar energy that can be harvested.

"Interestingly, these 13 countries along the Equator do not include the US, China, Germany, UK or South Africa that are the major car manufacturers in the world," Musasizi noted.

It is against this background that the Kayoola solar bus project was meticulously executed.

The chassis is made of steel, its aisle of sheet metal and it also has pipe elements and square sections. Its seats are also made of steel and covered in cream leather.

Musasizi said 90% of the material was from Roofings Uganda Ltd, except for the synthetic leather, tyres, the steering wheel and software that were imported. All white, the bus has a crested crane emblem at the front.

"The development of the Kayoola Solar Bus represents our commitment to championing the progressive development of local capacity for vehicle technology innovation, a key ingredient for institutionalising a sustainable vehicle manufacturing industry in Uganda," said Prof. Tickodri Togboa, the Minister of State for Higher Education, Science and Technology, while officiating at the inaugural media expo.

He said the vehicle, now an indispensable element of our daily lives, will provide an alternative locally-sourced, eco-friendly public transport solution.

"A regional standard has been raised in technological environmental sustainability. The Kayoola sets a precedent and inspirational trend for the technological future of urban mobility for the East and Central African region," said Togboa.

The Kiira Motors project is an industrial development intervention supported through the Presidential initiative for Science and Technology Innovations. 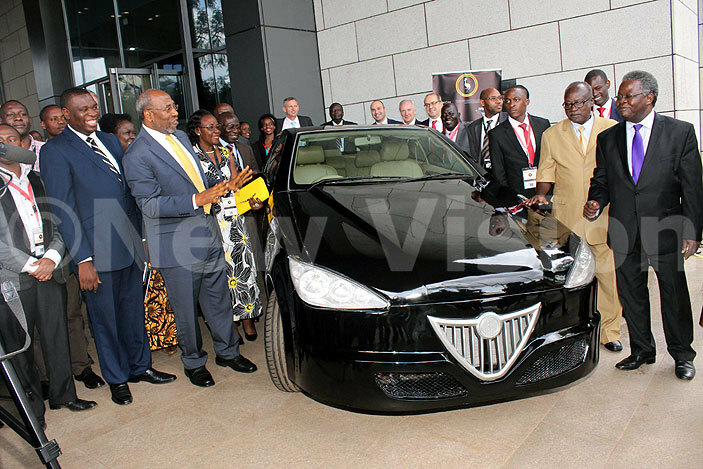 The project is aimed at establishing vehicle manufacturing capabilities in Uganda for pickups, SUVs, sedans, light and medium duty trucks and buses. This is expected to transform Uganda into a middle-income economy by 2040 through providing a platform with high intellectual convergence of disciplines.

Its official launch shall take place on February 16 at Kampala Serena Hotel and it will be presided over by President Yoweri Museveni.

Musasizi said the first 305 cars from KMC are expected to be rolled off the assembly line by 2018, if all the necessary infrastructure and human resources are put in place. Fifty thousand more units will be produced by 2039. On May 15 2014, the Kiira EV project received 100 acres of land at the Jinja industrial and business park and its capacity is 60,000 units.

Many people took to social media to celebrate the innovation.

Asuman Balaba said it was a good initiative and hoped it would be affordable for Ugandans to buy.

Ronald Kiwalabye said: "This is amazing. You have done Uganda proud."

Enos Shakoma said much as the bus looks good, he wondered whether it could stand the poor roads in some parts of the country.

On the other hand, Ian Ken was pleased with the neutral colour of the bus. 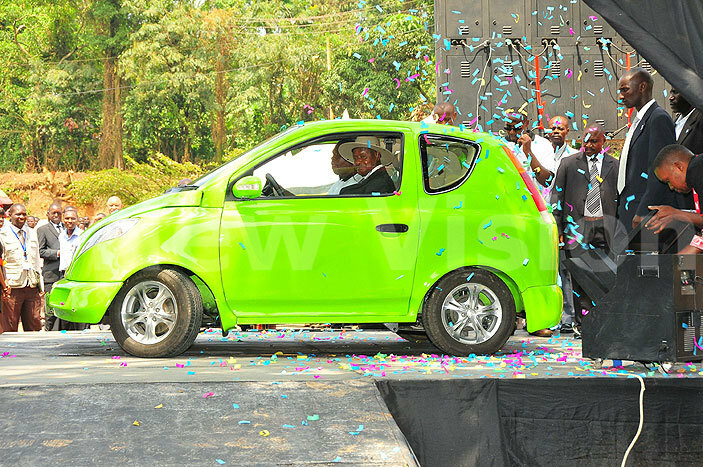