Why NRM day is worth celebrating 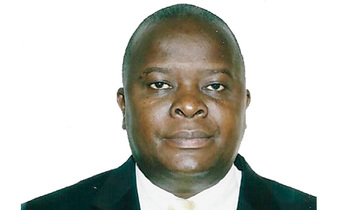 This week marks 30 years of the coming into power of President Museveni and the NRM. No mean feat, in light of the breakdown of political order that had occurred in Uganda, between the 1966-86 periods.

After his exile in 1966, most commentators wrongly portrayed Mutesa as a victim of the circumstances he found himself in.

A thoughtful analysis of the facts would illustrate that he was actually a skillful, shrewd political actor. Otherwise, how else could he have out maneuvered nearly all his political adversaries at the time?

As for instance Governor, Sir Andrew Cohen, who in 1953 exiled him, with a clear understanding that he was never to return as Kabaka! This was not to be. For soon after Mutesa returned under the aegis of the 1955 Namirembe Agreement, whose gist was that he was to be a constitutional monarch. This he covertly rejected and hence, at will, dismantled this cardinal principle, under Cohen's very nose!

This was no mean achievement, more so if we recall the fate that befell his own grandfather Mwanga or Omukama Kabalega alongside many other gallant African traditional leaders who opposed colonisation.

Other key political actors that Mutesa out foxed included Matayo Mugwanya,  nationalist icon Ignatius Musaazi and the Uganda National Congress, this in addition to Benedicto Kiwanuka and the Democratic Party.

In all fairness, by March 1966 Mutesa had politically out maneuvered Obote on the national scene. For his supporters and allies won the intra UPC elections in Buganda, Bunyoro, Ankole, Busoga and Bukedi. A victory further cemented through the overwhelming success of the February 4, 1966 Daudi Ochieng Motion! Where, in a Parliament dominated by the UPC, Prime Minister Obote got the support of only one vote, John Kakonge's. Hence, politically, Mutesa had beaten Obote at his own game, through this   Vote of No Confidence in his government!

And Obote resorted to force and extra constitutionality. A development enabled by his having created a tribal army after independence. For Uganda had inherited just one battalion from the colonialists.

Hence this created the opportunity for the Prime Minister and his Defence Minister Felix Onama , to massively recruit tribally, into the Uganda Army. This enabled him to arrest his Cabinet collegues, during a Cabinet meeting, abrogate the constitution, attack the Lubiri and hold on to power.

Suffice to add here that contrary to popular mythology, the colonial army was more national in its composition compared to the Uganda Army and the Uganda National Liberation Army.

Obote's relying on a tribalised military, his over centralising of power, within the UPC and government, and his alienating the political opposition contributed to Amin's 1971 coup.

A development that further consolidated the role of the military in Uganda's governance. Indeed a key reason as to why the Uganda National Liberation Front failed to sustain power was its having lacked a national army to fulfill its legitimate will.

A major cause of the removal of Yusuf Lule from power was his government's attempt to create a truly national army. That army where each geographical region was to be proportionately represented in the Uganda National Liberation Army, in accordance to its population size.

Innocuous as this proposal seemed, it proved unpalatable to  the UPC-Kikoosi Maluum faction. These thought that they had a God given right to govern Uganda, based on their control of the military. Similarly, President Godfrey Binaisa was overthrown, when he attempted to routinely reshuffle his military chiefs!

It is against this background that one should appreciate as truly historic, Museveni's ability to acquire power in 1986 and sustainably retain it to date.

A development that today exists within a context of national cohesion and in many areas social and economic development. This indeed provides a sound basis for our celebrating the NRM's coming to power.

The writer is Uganda's Deputy Permanent Representative to the United Nations