The complexities of the Burundi crisis

President Pierre Nkurunziza's threat to down military aircraft daring to land troops in his country pertains to the fear of manipulation not only by non-Africans but also by non-Barundi. 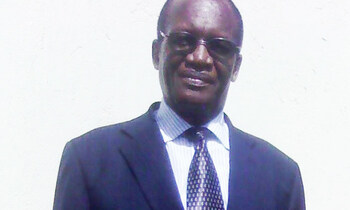 The latest UN Security Council initiative to press the Burundi Government to agree to talks with the opposition under a new mediator when they travel to Bujumbura this week ought to include a parallel ethnic reconciliation process managed by Elders and religious leaders to have any chance of success.

President Pierre Nkurunziza's threat to down military aircraft daring to land troops in his country pertains to the fear of manipulation not only by non-Africans but also by non-Barundi. But sovereignty which Burundi's leader invokes derives from a state's responsibility to protect its own citizens. When Burundi fails in its duty, it loses its sovereign rights because sovereign states are expected to act as guardians of their people's security.

When states behave like criminals towards their own citizens, treating sovereign power as a licence to kill they forfeit their sovereignty, don't they? There could therefore be a moral duty for humanitarian intervention to protect civilians from genocide or mass killing.

President Paul Kagame was probably right when he ridiculed his neighbours for claiming political reasons for the conflict when apparently it ain't so; the core of the problem being historical ethnic cleavages and flawed reasoning. The Rwanda Genocide which the United Nations failed to prevent makes sending in troops necessary; protecting innocent men, women and children is an act of moral worth; not politics.

International Law Professor Philip Jessup once argued that sending in troops for the protection of one's nationals might be inconsistent with the purposes of the United Nations Organization. Would a hypothetical scenario in which sending in troops to protect Barundi non-combatants from their own Government be legal?

International Law would permit the operation even if the Burundi Government were to deny the troops permission to land because it recognises the right of a state to deploy its armed forces for the protection of the lives and property of its nationals abroad in situations where the status of their residence because of conflict and other reasons, the Host State is unable or unwilling to grant protection.

International Law would have and did permit Uganda to undertake military operations to protect its interests and save its nationals inside South Sudan even if President Salva Kiir had prohibited such an operation.

By the same token, if Uganda were to have nationals in Burundi a similar operation would be legally defendable. If the landing of United Nations or African Union troops in sovereign Burundi were to be evaluated by moral standards should not the issue of possible genocide be examined in moral terms instead of the legal ones?

Universalistic criteria of perceiving people as fellow human beings underpin the UN resolution, so far unsuccessful, to send troops to Burundi. There is something in human beings which makes them sympathize with other human beings unless imagination dehumanizes them in each other's eyes. Humanity is incapable of sympathizing with what is not human.

I was a Diplomat in Tripoli when the RPF invaded Rwanda on October 1, 1990. It was common practice for senior diplomats to meet and discuss current events the venue being determined rotationally but this time because the source of the problem was Uganda, Eastern and Southern African Diplomats converged at the Uganda Embassy where a discussion on the invasion took place.

An extraordinarily composed Rwandese Diplomat defined Democracy as ‘Rule by the Majority'. Unaware of the flawed argument with which he planned to ambush us we all concurred. ‘The Hutu are the majority in Rwanda and according to the principle of majority rule must [emphasis his] be the rulers. RPF, is trying to overthrow a democratic government', he with visible rage roared.

Mightn't the stalemate in resolving the Burundi Crisis emanate from such fallacious premises; inevitably requiring the solution to be sought from ethnic reconciliation rather than political mediation?

The writer is Head of the Department of Diplomacy and International Studies, Uganda Martyrs University - Nkozi.