Is it time for a paradigm shift to restore movement system of governance?

As candidates canvas for votes, there is a common narrative in Acholi sub region by senior local party leaders from both government and opposition urging their voters to choose merit and not party to identify their ideal candidates. 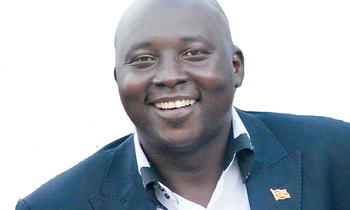 Next month February18, 2016, Ugandans will elect their presidential and parliamentary representatives.

As candidates canvas for votes, there is a common narrative in Acholi sub region by senior local party leaders from both government and opposition urging their voters to choose merit and not party to identify their ideal candidates.

In some instance, campaign schedules are abandoned and both government and opposition candidates are sharing campaign venues. Unlike at Presidential and parliamentary level, candidates for the same position in the local government levels share the same venue and speak to the same audience at the same time.

So, why are candidates at local government level abandoning their campaign schedules, parties and asking to be voted on merit? Why is multi party politics failing at the local level?

In my opinion, poor internal democratic practices in the different parties are failing democratisation process.

In 2006, Jacqueline Asiimwe-Mwesige while presenting a paper on, "women's experiences in the transition from the movement to multi party system of governances cited J. Oloka-Onyango,s argument in his paper, Uganda's "Benevolent" Dictatorship. "Few contemporary political and socioeconomic transitions on the African continent have been as dramatic or as contradictory as Uganda's.

Since the time of independence in 1962, the democratisation project seems to have eluded Ugandans again and again. Each passing phase of our political life seems to take us both two steps forward and one step back and thus we are a country in constant transition".

I agree with Onyango's thinking as Uganda seems to be failing to complete the transition to full multi party politics. For instance, look at the high number of independent candidates emanating from the different party primaries and how it has been managed.

In July 2000 Uganda held a referendum to decide the system of governance they preferred and the main choice was between the Movement and multi-party system. Ugandans decided to retain the Movement System.

One of the main tenets of the Movement system is that it was based on consensus rather than confrontation and would be closer to typically African values of solidarity, reconciliation, seeking general consensus of all and keeping peace and togetherness without fragmentation. This is exactly the phenomenon local leaders are finding themselves in this election.

Foundation for Human rights Initiative in its 2006 report on the Presidential and Parliamentary Elections 2006 mentions that "The return to multipartyism was received with a lot of excitement but not much preparation or understanding.

Most people were registered as members of one political party or the other without a clear understanding of what party membership entailed. The vast majority of Ugandans went to the polls and voted not out of party loyalty, but they voted for an individual, which is explained by the fact that most Ugandans still only understand the principle of individual merit.

Another reason why local politicians are failing to practice the multi party dispensation of democracy is sheer selfishness, greed and corruption. Many of them are playing double standards by sharing confidential information at a fee and also siding with opponents as a populist approach to promote individual interest instead of developing its party institutions.

Such leaders with poor ideological orientation have failed internal democratic process within their own parties to settle personal vendetta.

The best way for parties to make progress towards becoming more responsive, representative and effective organizations in support of democratization is to:

Increase capacity-building and awareness workshops and seminars on how political parties are managed and internally organized in order to increase their effectiveness, transparency and accountability.

Political parties need to develop ideology orientation and mentorship programs for its members to inform their convictions as opposed to political ideology informed and largely influenced by global, liberal thinking and policy options formulated by international organizations.

Parties also need to improve on their financing by establishing businesses to complement their source of funding. This will enable them implement their own programs like funding elections as opposed to conditioned aid.

The writer is the FDC's Gulu Mayoral Aspirant.