Leap of faith: Why religious leaders have a moral duty to promote family planning

More than 200 million women worldwide lack access to modern contraceptives - and when families are unable to control the timing and spacing of pregnancies. 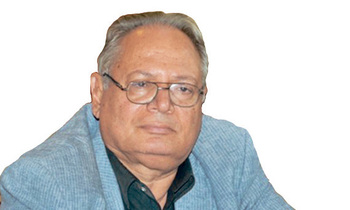 With lack of contraception claiming the lives of thousands of women and children annually, religious bodies must put their influence to good use

As men of faith, we share a deeply held conviction that all families - regardless of their religious beliefs - are entitled to lead healthy lives free from suffering and deprivation. But, tragically, an absence of basic family planning services deprives millions of people of this fundamental right every year.

More than 200 million women worldwide lack access to modern contraceptives - and when families are unable to control the timing and spacing of pregnancies, the cost can be measured in thousands of women's and children's lives lost.

In fact, in Uganda, more than 35 percent of married women want to prevent or delay pregnancy, but are not using a modern contraceptive method according to a new report by Family Planning 2020.

Delivering family planning services and education to those who most need them may seem like a daunting task, but a powerful infrastructure is already in place that can help us increase access to contraception: the global faith community.

Across sub-Saharan Africa, faith-based organizations are often the de facto healthcare providers, delivering an estimated 40% of health services. And in addition to offering counsel and providing advice aimed at promoting health and wellbeing to worshippers, faith leaders often play an important role in influencing what is taught in schools and what services are provided in healthcare facilities.

Because of this influence, faith leaders across Africa have an unparalleled opportunity - indeed, a moral obligation - to prioritize conversations about family planning and close the contraception gap.

Quality family planning services provide enormous health and economic benefits to families, communities and countries. According to USAID, for every $1 spent on family planning, governments can save up to $6 for other development priorities. There is also wide agreement among global experts that people who have access to family planning information, services and supplies are likelier to complete their education, live more prosperous lives and raise healthier children.

Many faith-based organizations are already taking a leading role in the promotion of family planning across the world, while respecting the core tenets of their faith. Examining their successes provides a valuable blueprint for faith-based solutions.

In Muslim-majority countries, many religious leaders, such as the former Grand Sheikhs of Al-Azhar in Egypt, Gad El-Haq Ali Gad El-Haq and Mohammed Sayed Tantawi, spread information about family planning to the Muslim world, encouraging the use of long-acting reversible contraception methods such as intrauterine devices (IUDs) and contraceptive implants. These religious leaders have declared that no text in the Qur'an specifically prohibits these family planning methods.

Additionally, religious institutions like Al-Azhar University, Islam's oldest and most prestigious university, have taken steps to support family planning and reproductive health in Africa and globally. The university's International Islamic Centre for Population Studies and Research, which successfully adopted a definition of family planning to include birth spacing along with infertility treatment, has made headway by sending travelling "caravans" comprised of pro-contraception theologians and medical experts to communities around the world to dispel pervasive family planning myths. In 2015 the center participated in a caravan in Kenya focused on child-spacing in an Islamic context.

Similar efforts are taking place in Christian-majority countries across Africa. The Zimbabwe Association of Church-Related Hospitals (ZACH), which has more than 60 member hospitals and 66 smaller healthcare institutions, has been providing family planning services in Zimbabwe since 1982, including a range of contraceptive methods (such as injection, pill, implant and barrier methods).

In 2009 alone, ZACH hospitals had over 40,000 first visits for family planning, over 100,000 repeat visits and over 4,000 referrals. The Council of Anglican Provinces of Africa has found similar success enabling local health centers and hospitals to provide support for sexual and reproductive health services.

These are just a few examples of what faith-based organizations can achieve when they embrace family planning as a malleable concept that can fit into their religious framework - and that is what we all must do to build a healthier and more sustainable future.

This January, influential religious leaders from Uganda and across sub-Saharan Africa will gather in Indonesia to discuss family planning implementation at the faith pre-conference of the International Conference on Family Planning, the first of which was hosted by Uganda in 2009. But talking is not enough.

To enact change, religious leaders must embrace their community responsibilities, educate themselves about the various contraceptive options for couples, and engage their local governments and healthcare providers on the topic.

Local action is the only tool that will allow us to meet the family planning needs of millions and build a better world for future generations.

The article was c-written by Reverend Canon Grace Kaiso, a theologian and an Anglican Priest working as The General Secretary of the Council of Anglican Provinces of Africa. He is also chair of Faith to Action, a global Interfaith Network focused on improving Family Health and wellbeing. Dr. Ahmed R.A. Ragab is a professor of reproductive health at Al-Azhar University and vice-chairman of the Faith to Action Network. A modified version of this op-ed originally appeared in The Guardian (UK).