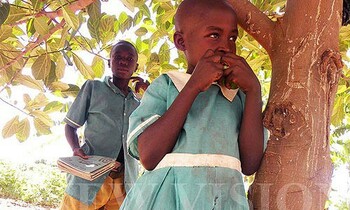 According to the “Final Millennium Development Goals Report for Uganda 2015” the four targets that Uganda will not achieve include ensuring that by 2015, children everywhere, boys and girls alike, will be able to complete a full course of primary schooling.

Also the target of eliminating gender disparity in primary and secondary education, preferably by 2005, and in all levels of education no later than 2015,  the target of reducing by three quarters, between 1990 and 2015, the maternal mortality ratio and having halted by 2015 and begin to reverse the spread of HIV/AIDS.

“These failures are mainly attributed to limited systemic capability in the education and health sectors, and the challenges Government has faced inducing behavioural change, both within the public sector and among the population,” the report released last week said.

In September 2000, building upon a decade of major United Nations conferences and summits, world leaders came together at United Nations Headquarters in New York to adopt the United Nations Millennium Declaration, committing their nations to a new global partnership to reduce extreme poverty and setting out a series of time-bound targets, with a deadline of 2015. These became the MDGs.

The report cited improvements such as expanded resources and physical inputs in the education and health sectors, a fall in pupil-teacher ratio, a fall in pupil-to-classroom ratio and growth in real public spending on healthcare, but said that this has often not been sufficient to improve the quality of social services.

“Learning outcomes are poor and showing few signs of improvement. Uganda’s health system has implemented expert advice and international best practices, but has shown less capacity to innovate and develop appropriate solutions for context-specific problems, such as high maternal mortality and the rising number of HIV infections,” the report said.

Uganda, on the other side, is expected to achieve six targets, while significant progress has been made towards a further three, although the targets may be reached slightly after the deadline, it said.
The six targets Uganda has already met or is projected to achieve include: halving, between 1990 and 2015, the proportion of people whose income is less than one dollar a day: achieving by 2010 universal access to treatment for HIV/AIDS for all those who need it and having halted by 2015 and begun to reverse the incidence of malaria and other major diseases.

Also in cooperation with pharmaceutical companies provide access to affordable essential drugs in developing countries, and in cooperation with the private sector, make available the benefits of new technologies, especially information and communications.

“Uganda’s overall MDG results are impressive, although progress has not been uniform across all the goals,” the report said.

Uganda’s most important success, according to the report, is under MDG 1, where income poverty was reduced by two thirds, surpassing the 50% reduction specified. “Households with higher income levels are better able to meet the direct and indirect costs of accessing education and healthcare, so this progress has contributed to many of the other goals.”

It explained that Uganda’s poverty reduction was driven by broad-based economic growth, enabled by strong macroeconomic management, public investment in infrastructure such as feeder roads and rural electrification, regional integration and trade, and rapid urban growth.

Another important achievement cited has been in controlling the spread of malaria, which is the leading cause of under-five mortality. The malaria prevalence rate among children fell by more than 50% in just five years between 2009 and 2014, mainly due to the large-scale dissemination of insecticide-treated bed nets, the report said.