A World Health Organization expert panel on Friday recommended pilot roll-outs of the world's most advanced malaria vaccine to young children in several areas of sub-Saharan Africa, before considering wider use. 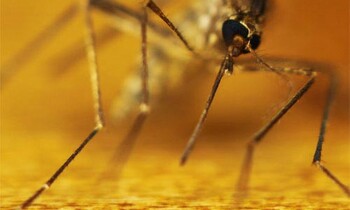 GENEVA - A World Health Organization expert panel on Friday recommended pilot roll-outs of the world's most advanced malaria vaccine to young children in several areas of sub-Saharan Africa, before considering wider use.

The panel said the Mosquirix or RTS,S vaccine, should be given in three to five different areas with moderate-to-high malaria transmission, reaching up to a million children.

The first dose would be given to children between the ages of five and 17 months and the aim would be to assess its protective effect and whether it will be practical to administer four doses in routine vaccination programmes.

"In these areas of Africa ... the number one killer now of children is malaria," said professor Jon Abramson, chair of the WHO Strategic Advisory Group of Experts (SAGE), which advises the UN health agency on immunisation policies.

Mosquirix is the most clinically-advanced vaccine against the mosquito-borne disease that infects some 200 million people and kills about 600,000 every year, more than 75 percent of them children under five.

In sub-Saharan Africa alone, the plasmodium parasite kills about 1,200 children on average per day, according to the WHO.

Developed by GlaxoSmithKline with funding from the Bill & Melinda Gates Foundation, Mosquirix is the first malaria vaccine to reach Phase III clinical testing -- the final stage before market approval -- and the first to be assessed by regulators.

It received a nod from European regulators in July.

GSK hailed the SAGE recommendations as "an important step" towards making the vaccine available and Abramson said the pilot could pave the way for wide-scale deployment within the next five years.

Mosquirix could thus become the first licenced vaccine against a parasitic disease. But that decision still lies a way off.

In April, the results of a years-long trial with 15,500 children in seven African countries were published in The Lancet medical journal -- announcing mixed success.

Only around a third of the children who received the vaccine were protected for the full duration of the trial, researchers found.

But even so, the vaccine has the potential to prevent millions of cases and could save "well over 100,000" lives, Abramson said.

He said one of the biggest concerns was whether parents would bring their children back for a final fourth dose of the vaccine, which must be given a year and a half after the first three doses.

"If you don't give the fourth dose, essentially the efficacy of the vaccine goes back to zero," he said.

The trial of the vaccine had also showed an increase in the number of cases of meningitis and cerebral malaria among those who received it, and Abramson said the pilot implementation would help determine the increased risk.

But he stressed that the health community had "ways of potentially mitigating" that threat, and the lifesaving benefits of the vaccine could outweigh the risk.

Not everyone was as enthusiastic, with medical charity Doctors Without Borders (MSF) urging caution.

"Given the current characteristics of the vaccine regarding its efficacy, safety concerns and therefore very limited conditions for use, MSF will not roll out the RTS,S vaccine," MSF said in a statement, insisting much more research was needed.

It pointed out that most areas with high malaria transmission are in places with low vaccination rates and weak health systems, making it extremely difficult to ensure children receive all four doses.

Abramson acknowledged it would be tough, but stressed the need for "new tools" to fight the scourge of malaria.

The malaria parasite has developed resistance to successive treatments.

While there is a limited medicine chest available, insecticide-treated bed nets remain one of the most effective prevention methods.

But Abramson insisted "the nets alone are not going to get the job completely done."

GSK has said it would provide the drug at a "not-for-profit price", and Abramson said it might cost around $5 a dose, or $20 per child for a full treatment.

162 die in the north as malaria hits hard